COVID Apps Don’t Work, So Why Don’t We Concentrate on Things That Do? 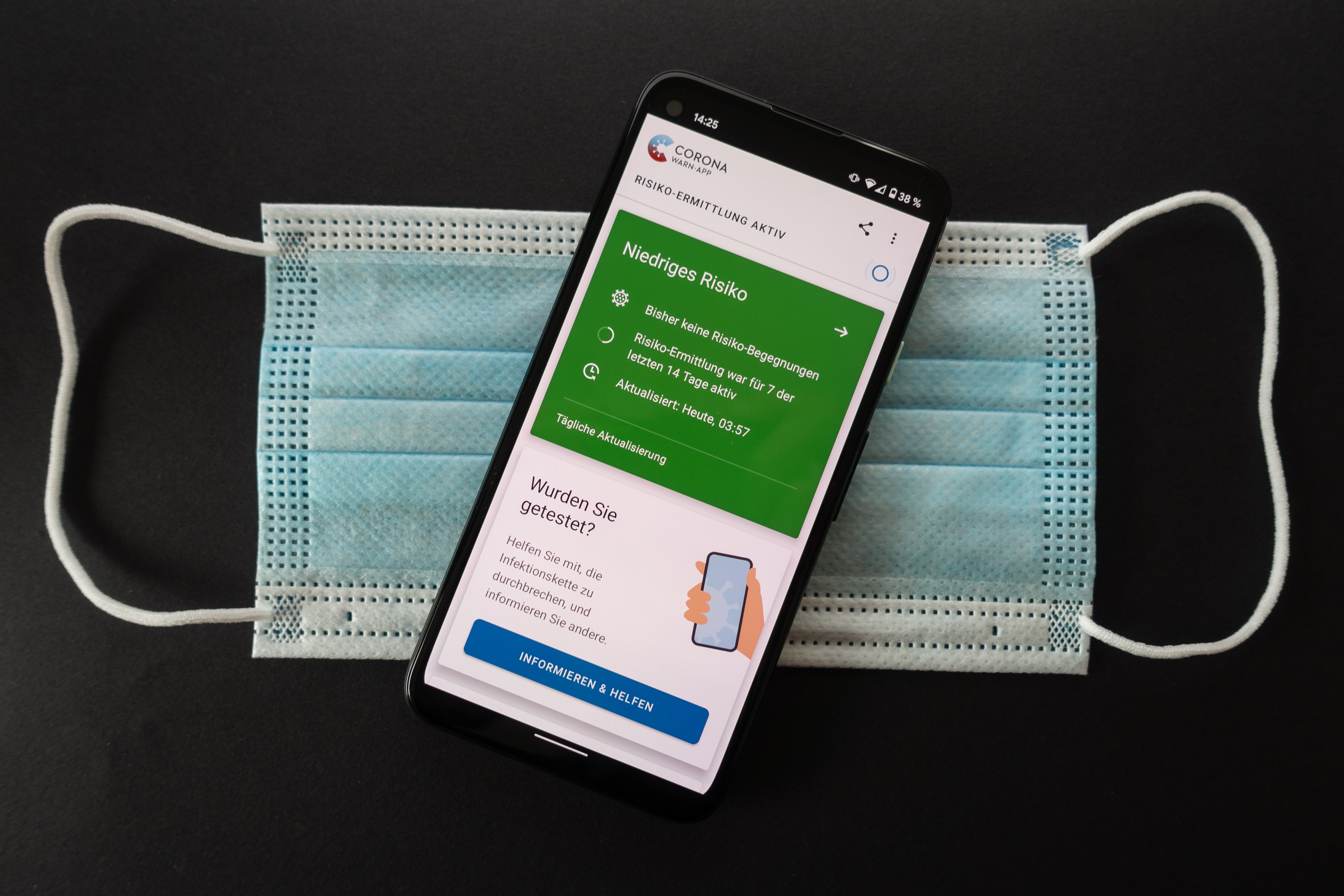 The techno-nerds have figured out that the German COVID-19 app isn’t working. Which shouldn’t come as a surprise to anyone. But it does.

In a column for Germany’s premier IT news site heise online, Linus Neumann comes to the conclusion that the current iteration of Germany’s COVID-19 app does not work. Neumann, a spokesperson for the Chaos Computer Club (a non-profit organisation made up of a loose clique of hackers respected in large parts of German nerd society for their opinions on IT security and privacy), has been advocating use of the app on his podcast and Twitter feed since its release. He’s now saying that the app’s method of Bluetooth distance measuring and estimating exposure times in relation to other app users does not work and that the app should start incorporating newer scientific understanding on how the SARS-CoV-2 virus spreads: namely so-called superspreader events and infection clusters. He cites the de facto monopolist of coronavirus knowledge in Germany, podcasting Berlin virologist Christian Drosten, on having disseminated this knowledge at the beginning of August. His conclusion: the app now needs new features to address this; and fast!

I find this opinion hilarious. This information isn’t new and it doesn’t originate with Drosten. I’ve known this since May, when these “new” theories of SARS-CoV-2 spread were already widely discussed in English-speaking podcasts and by laypeople, no less. Drosten himself is listed as an author on a paper that clearly explains how these infection clusters work and which was published on 15 May. Which means we knew all of this, long before the German COVID app was launched in June. We knew it was not very likely this app would work. It was always unlikely to make a discernible difference in the number of infections. I arrived at that conclusion simply by understanding that Bluetooth distance measurements coupled with a database of device IDs are unlikely to produce reliable data. Bluetooth was never designed to measure distances and the install base of the most popular mobile apps in history wouldn’t even come close to give a good enough coverage throughout the general, non-nerd population to make sure enough people even participate in the system. I discussed all of this on a podcast episode recorded in April.

Here I am, on German prime time national TV, explaining on launch day why the COVID app probably won’t work.

And still. The app was promoted relentlessly by techy do-gooders on social media and by an advertising campaign the federal government in Germany spent millions on. And now the techies start to realise that the app was flawed from the start? Wow.

The solution, of course, is to now start tracking gatherings in the app. There’s an open source proposal for this by the same people (the DP3T organisation) who essentially designed the contact tracing system that Apple and Google have built into their operating systems. And later, the app is set to also get the ability for users to start logging their social contacts in a “contact diary”.

I am myself in the process of researching all of these new features for an article I am writing. And, similar to when these kinds of COVID apps were originally proposed, I see why all of this makes sense to techies. But it doesn’t make sense to me. These are solutions dreamed up by technocrats. They conform to their worldview, but that worldview has little to do with reality. The same people who think this stuff will work also thought that the internet would enlighten the whole world by putting all information at everyone’s fingertips. And then they were dismayed when it also put propaganda at everyone’s fingertips. They thought that ubiquitous computing (ie. smartphones) would liberate humanity, instead of chaining us all with unavoidable and omnipresent surveillance to an oppressive system run by capitalist elites. These are the same people that think open source will make the world a better place, only to then complain when they realise that their precious code is now being used to fly drones on bombing runs against civilians in Middle-Eastern countries. These are not people we should depend on to solve a global health crisis. They are not rooted in reality enough and they don’t think far enough ahead to be of much help.

Why don’t we concentrate on obvious things instead? Like fixing our health systems. Let’s stop worrying about tests and cases and meaningless numbers and start trying to figure out what is actually important. Like who is dying, how are they dying and what can we clinically, and as a society at large, do to prevent that? Stop with the apps and the computer models. We should kick all these technocrats and number geeks out of their offices and give the millions flowing to them to healthcare workers, hospital doctors and the biologists and pharmacologists who are actually doing the fucking research that’s gonna actually help us. In other words: Stop with the bullshit that’s only there to make the general population afraid and start taking on this challenge with a sober determination. That’s what will get us out of this. Not some app.

But: I could have told you that in May. Nobody listened then, nobody will listen now. They’ll go on working on their app. And in a few months, they will again be surprised that it doesn’t work. And nobody will realise that the actual premise is the problem, not the implementation.