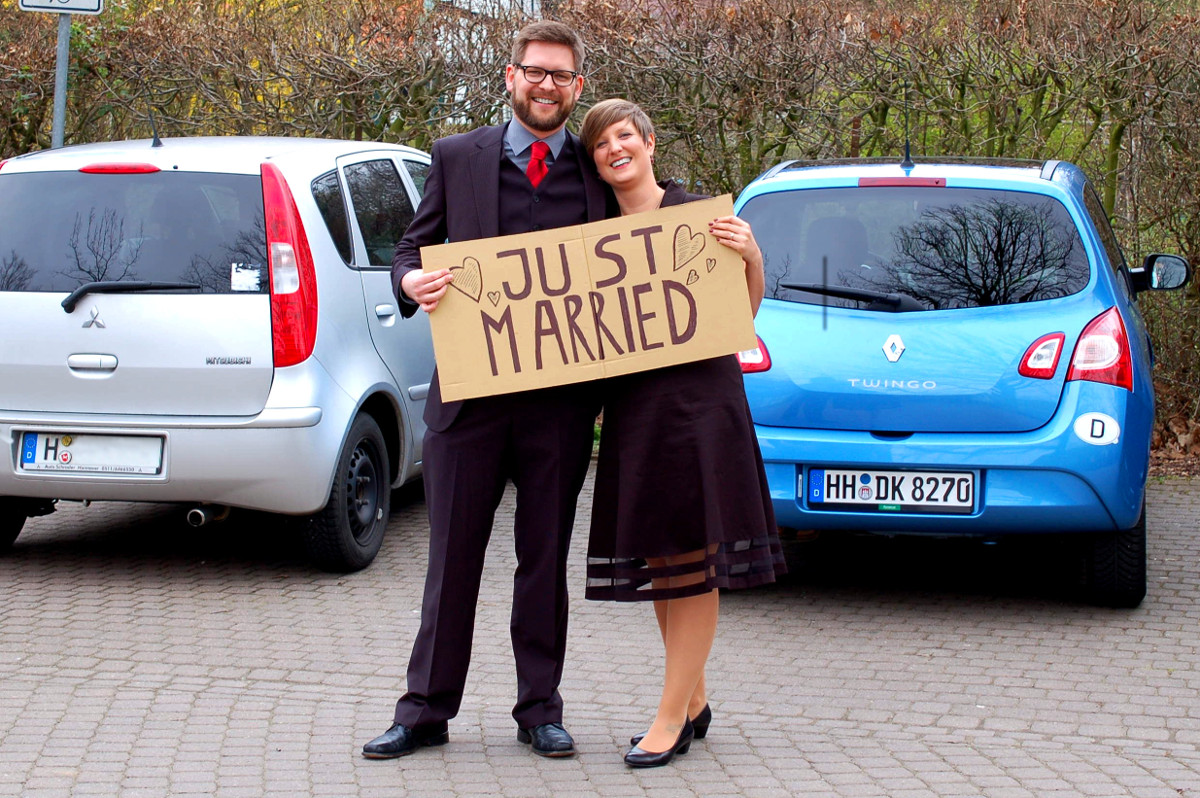 It was a tiny step for us. We have loved each other for over twelve years. The only thing that changed when we decided to put it down on paper was Katy’s name – and that only because she wanted it to change. Yes, it’s Dr. Katherina Scherschel now. It was a small step for us, but it seems to be a big thing for the rest of the world.

That’s why we never told anybody. We decided around 6 March that, maybe, we should finally marry. Mostly because Katy was unemployed at the time and everyone kept saying “well, if you were only married…” So we thought why the hell not? Why keep giving the government money just because we think marrying wouldn’t change our relationship one bit?

So we had fun with the idea for a few days and then Katy ordered the necessary paperwork. The next day after it arrived (Thursdays), we went to the registrar’s office in Isernhagen NB and asked them when the next available appointment was. Tomorrow, they said. But I needed to get time off from work so that didn’t work out. Next Friday then, they asked. Well okay, we said. 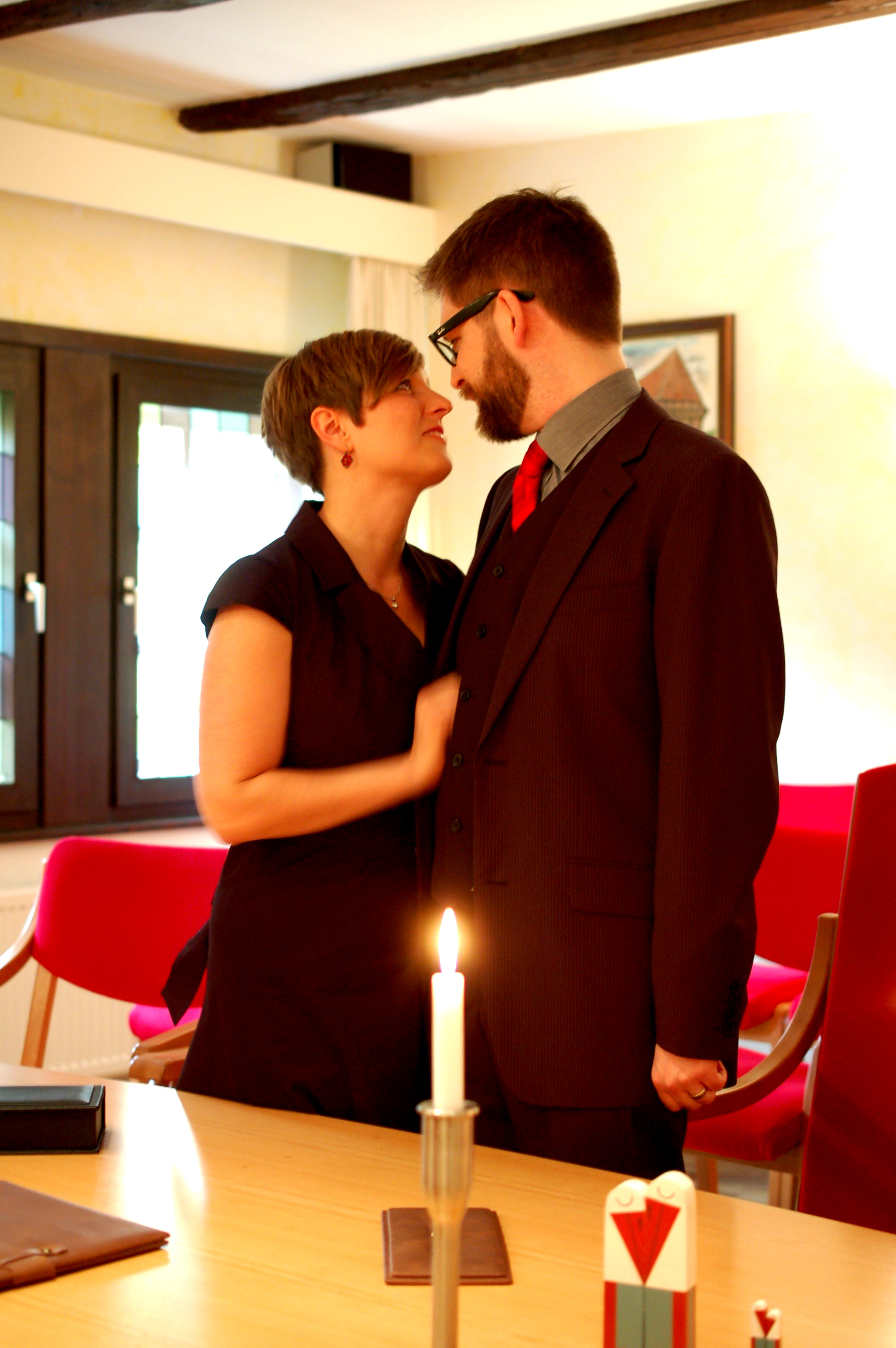 So on 28 March, we rented a car. We hadn’t planned on it but they gave us a Twingo which was a very cool coincidence since Katy and I had owned (and loved very much) an older model Twingo before I moved to London. We then drove back home and put on fancy clothes to drive to the registrar’s office again.

It all went very quickly. They played the lovely notes of John Williams’ Across the Stars and the clerk said a few words. She asked me if I wanted to marry Katy and I said yes – very emphatically, as my wife later remarked. When she asked Katy, she breathed the cutest “yes” I have ever heard. And then we were married. 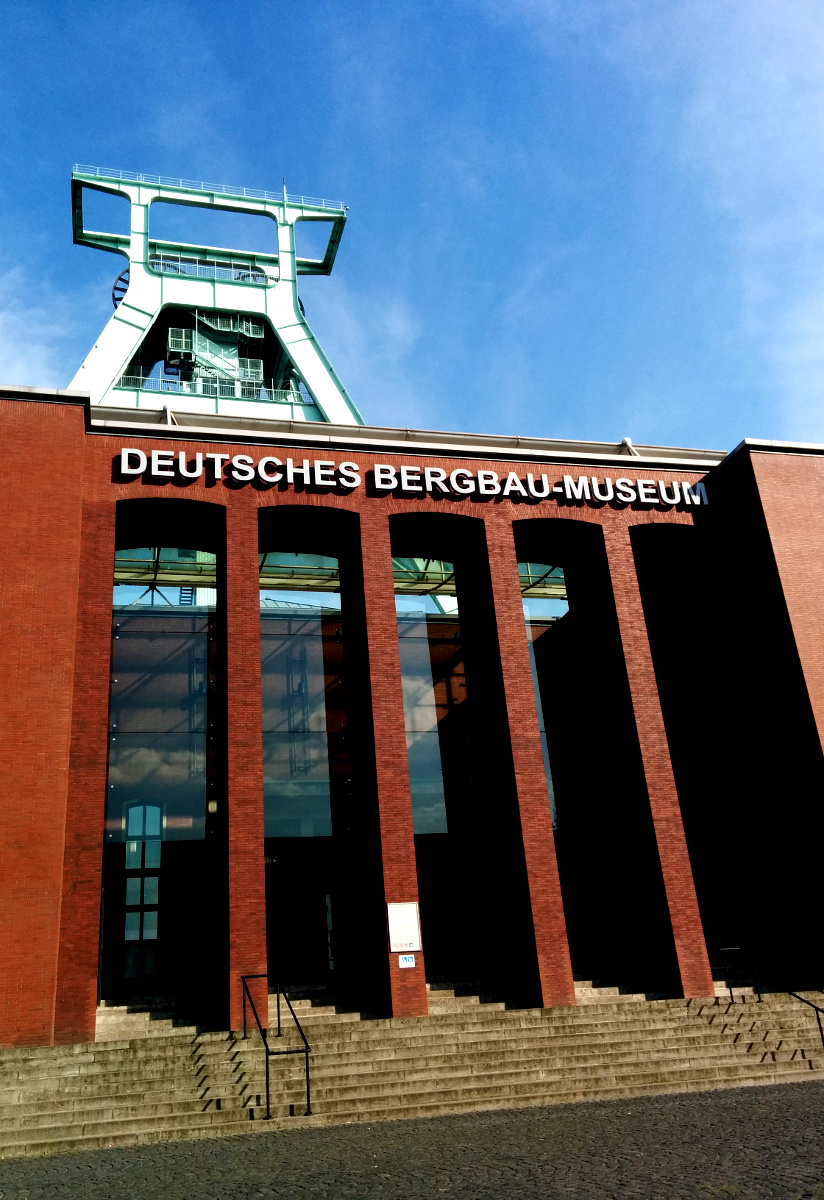 Since it was only about 11 in the morning and we were hungry, we then decided to drive from Hanover to Bochum to have some Currywurst. Yes, we drove 240 km for some real Currywurst – and it was worth it. We then decided we wanted to go to the seaside and picked Neuharlingersiel on the North Sea. After 280 km, we arrived in Jever where we decided to spent the evenining and the night as it was starting to go dark. The next day, we drove to the sea and then visited a friend who lives close to Kiel – which was another 310 km drive. 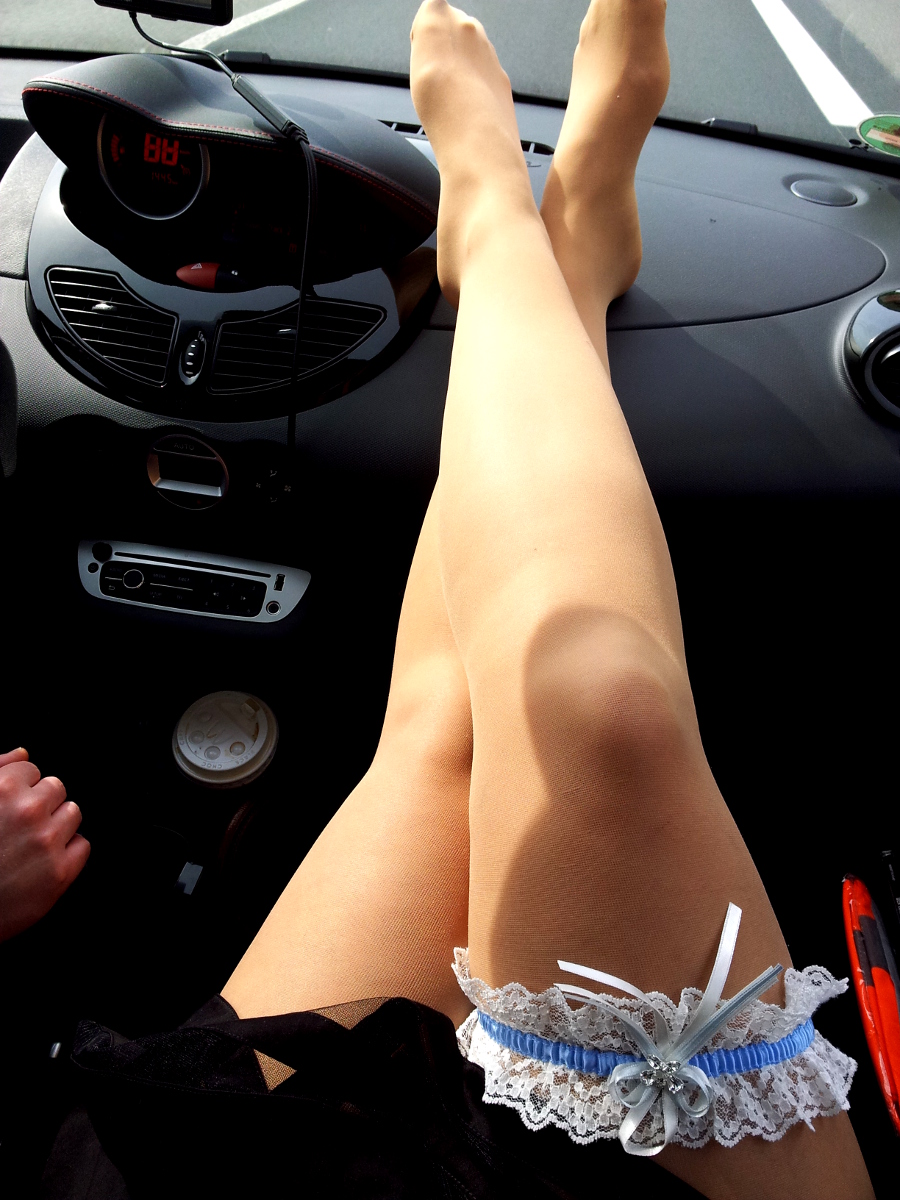 To most people, this might sound horrible. But ever since Australia, Katy and I love driving around together. We are very happy in a car with the sun shining down and the endless highway in front of us. We had one of the best two days in our relationship. We just did what we wanted and didn’t care about anybody else. It was great. I can only recommend eloping like that.

We told our parents yesterday. They were happy for us and while they are also a bit sad they couldn’t be there on the day, they understand that it was our day to spent as we wished. I wouldn’t exchange that day for any other. I love Katy so much. I am very proud that she bears my name now, but compared to our love for each other, that’s an amusing sidenote, really.