I’m taking part in the biggest Elite Dangerous expedition ever.

Last night I was part of the European launch of the Distant Worlds 2 expedition, the biggest-ever player event in the history of Elite Dangerous.

Taking off from the primary star in the Pallaeni system, thousands of commanders simultaneously FSD-jumped out at exactly 20:00 hours CET to kick off an eight months exploratory journey. All in all, there are almost 13,000 players signed up to take the journey to Beagle Point and back to the Bubble. Last night, the combined jump of the majority of those players caused major havoc with the ED servers and took the game down for most people for more than two hours. Altogether, more then 10,000 ships have passed through Pallaeni in the last 24 hours. Luckily, the Frontier Developments team got things in hand by the time the Americans launched their wave of the expedition. By all accounts those jumps went a lot smoother. 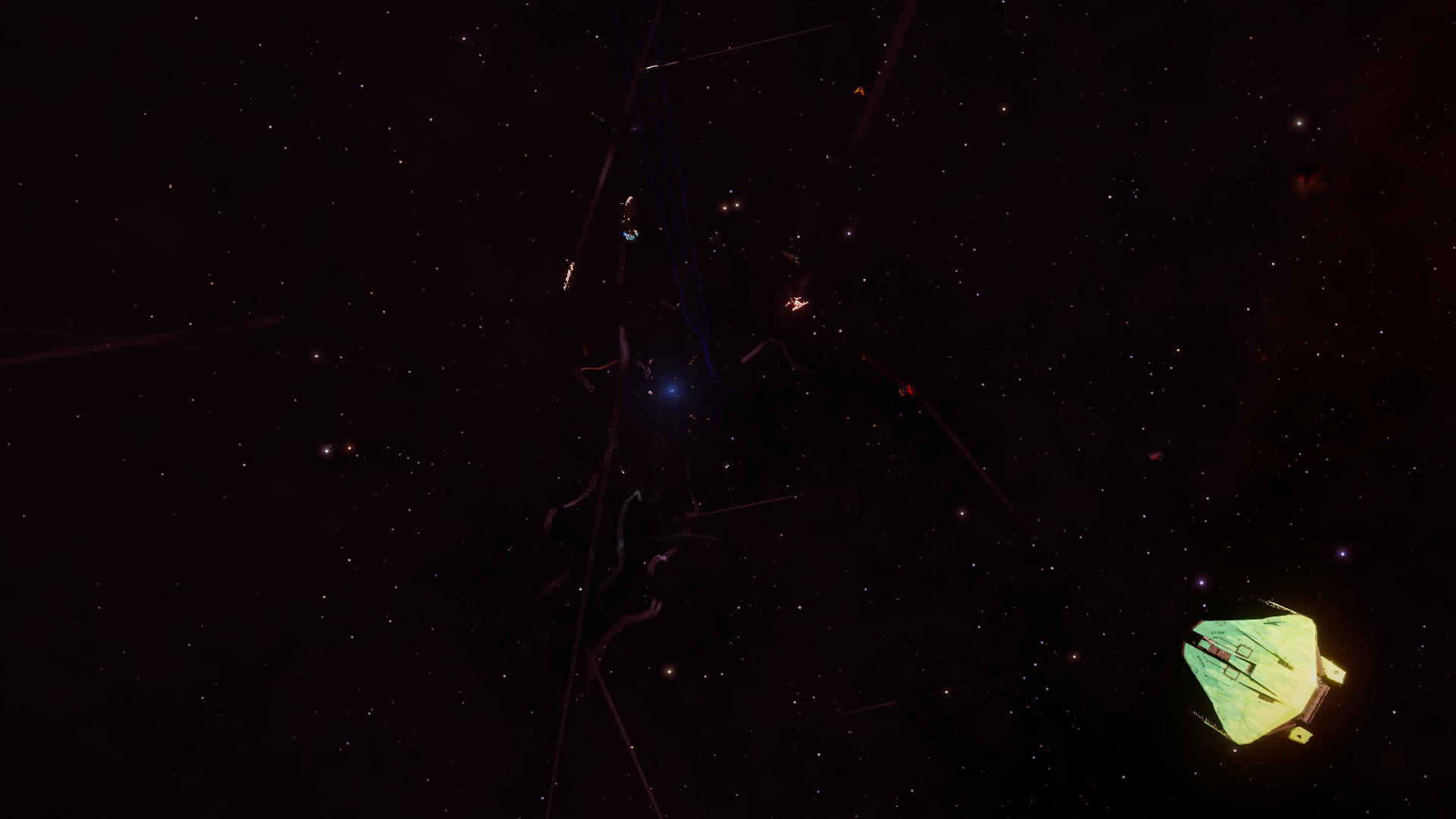 I am now on my way to Omega Sector VE-Q b5-15, the second Distant Worlds 2 waypoint. Everyone has a week to get there, in groups or on their own. Every weekend, the participants of the expedition meet up at a new waypoint like that. The planned course of the expedition is roughly 200,000 light years long and will mean three to four hours of travel commitment per week for most of the explorers taking part – for eight months. On the way back from Beagle Point, the expedition will take roughly the same route USS Voyager under Captain Janeway took on the way back from the Delta Quadrant. Except with Elite Dangerous jump technology it’ll be a lot faster than the maximum cruising speed of Warp 9.975 Voyager was capable of – our version of the Alcubierre drive and Bussard collectors being a lot more practical for such long journeys.

I’m planning to stay with the expedition as long as possible – hopefully for the whole trip. I will be writing about it here and I’m also streaming it via Twitch. My live stream of the launch event is now up on YouTube.

Despite the server crashes experienced by pretty much everyone else, I was happily jumping for almost an hour before the game kicked me out; at which point I went to bed. I’ll be continuing my journey tomorrow, planning to first pay a visit to Shapley 1 and The View before moving on. How much sightseeing I’ll be doing kind of depends on how much work comes around for me during the week.

The start to this journey was incredibly exciting. Being a part of these mass events in Elite never gets old for me. Hanging there, at a nav beacon with “PRESS” emblazoned on my livery, capturing footage while everyone else skims around on thrusters, lines up and then jumps out of the system …it sounds weird, but to me, that’s what’s it’s all about. Luckily, I can make this my job now. Yeah, my life might be weird, but it’s fun weird at least. So stay tuned to this subspace channel for more DW2 news in the upcoming weeks. CMDR Brannigan out.