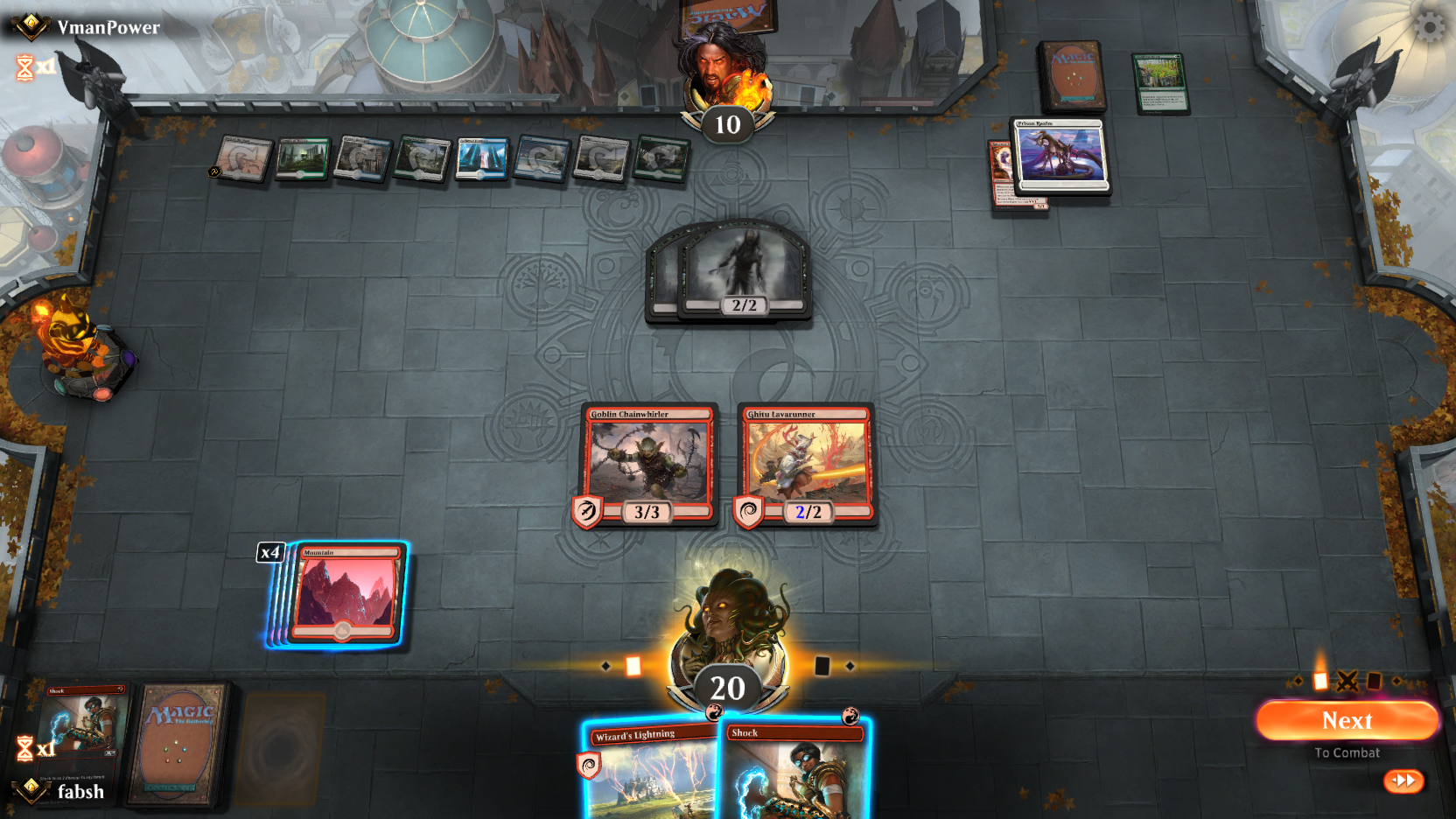 Want to know how many booster packs I’ve cracked in a year of playing Magic The Gathering Arena? Well, you’re in luck since Wizards has just sent me my personal stats for the game.

With Magic The Gathering Arena leaving its beta phase and launching for real last week, Wizards of the Coast has been sending out emails with player statistics to participants in the beta programme. I’ve been playing Arena for about a year now, ever since the game entered public beta in September of last year. In that time, I’ve played a lot of Arena. In fact, it has easily become my most played game this year. Now, thanks to Wizards, I not only know how much time I’ve spent with the game, but also how many matches I played and how many packs of cards I’ve cracked. So, without further ado, here are my personal Magic The Gathering Arena stats of a year of beta play.

All in all, I’ve played 1480 matches, netting me 112,000 gold from quests and 72,025 gold from daily wins. I’ve also opened 418 booster packs in that year, which is quite a number. I definitely opened a lot less physical packs in that time (although those packs have more cards in them than most of the MTGA ones). Of my 1480 matches, I’ve probably won just over 50% – I’m still only getting back into this very complicated game, after all. At one point, I’ve managed to reach the Platinum ranks in Constructed, though. I’ve never made it past Silver in draft yet, but that’s mostly because I only started drafting seriously a few weeks ago and my learning curve there is even steeper than in Constructed. Even with the great help that listening to Limited Resources is providing me with. 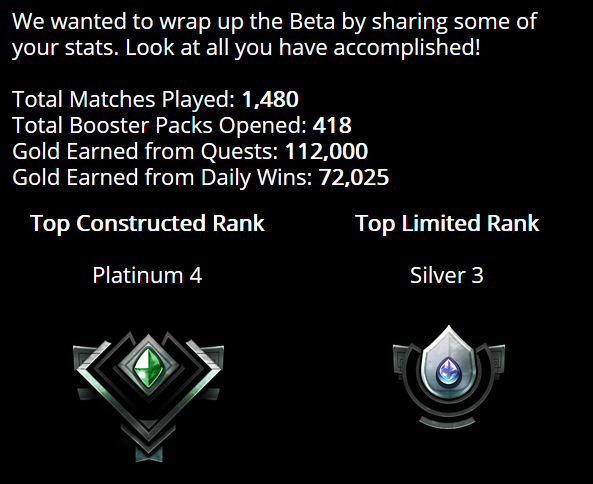 Even though Magic can be an inherently frustrating game and I’ve been shouting at my PC monitor many times, I’ve sincerely enjoyed those 1480 matches and I’m looking forward to playing many, many more. MTGA is pretty much shaping up to be my personal Game of the Year. I do plan of writing a proper review of the game at some point, now that it’s out properly, but with my current workload being what it is, I don’t know when I’ll get around to it. I’ll try to get this done as soon as possible, though, as I’m eager to fully articulate all the thoughts I have about this dascinating game and to put them down in writing.

Until then, I’ll see you in Arena. If you want to challenge me to a direct game, my username is fabsh#56679.