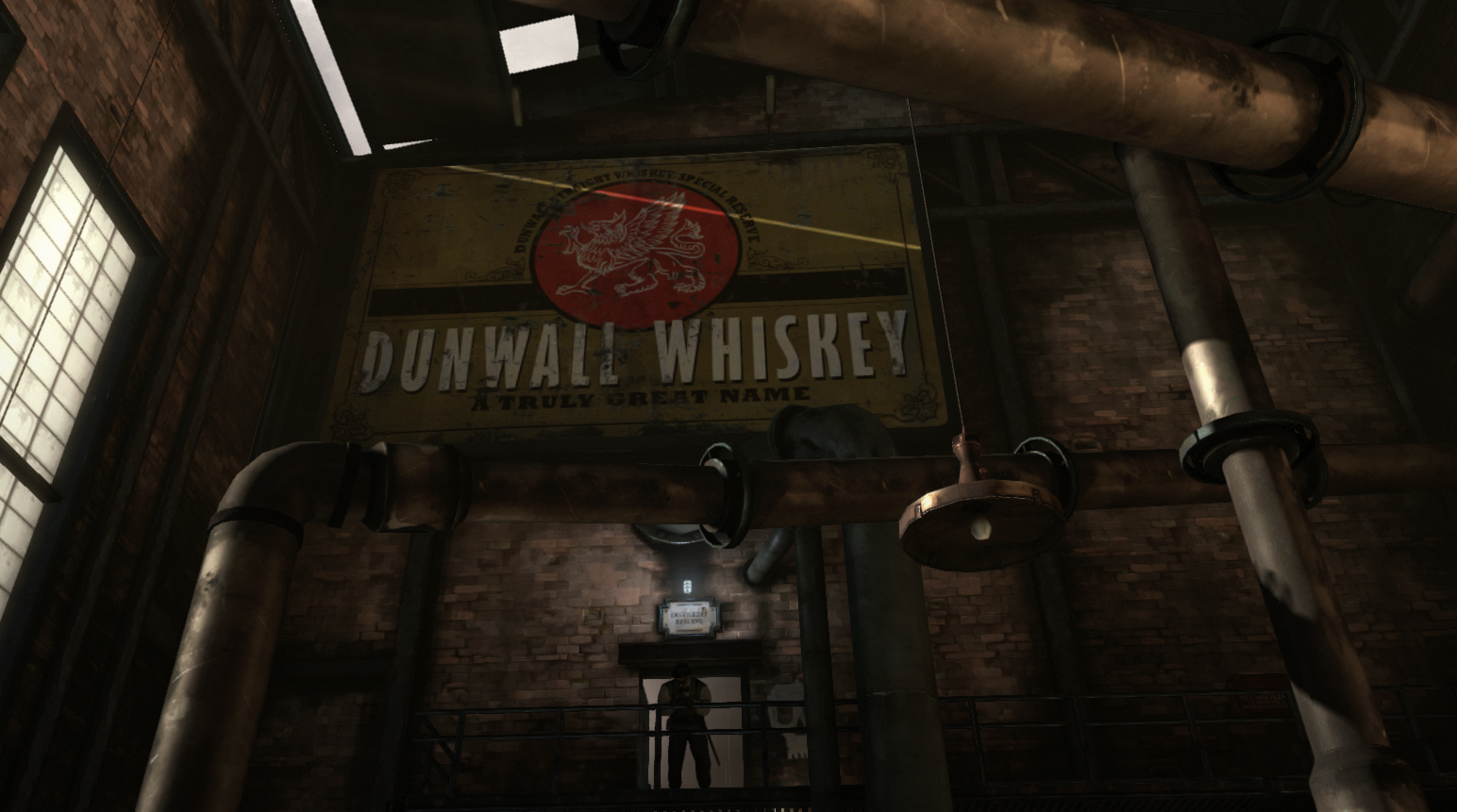 I love video games and I love booze. Because of this, for years, it has been a hobby of mine to pair a game with the right drink to drink while playing it. So I’ve decided to make this a semi-regular fixture on the blog. I will pick the perfect drink for the game I am playing and write a little bit about why the two work so well together. Today, we start with a classic: Dishonored, which is probably the most highly regarded stealth game following in the footsteps of the original Thief. 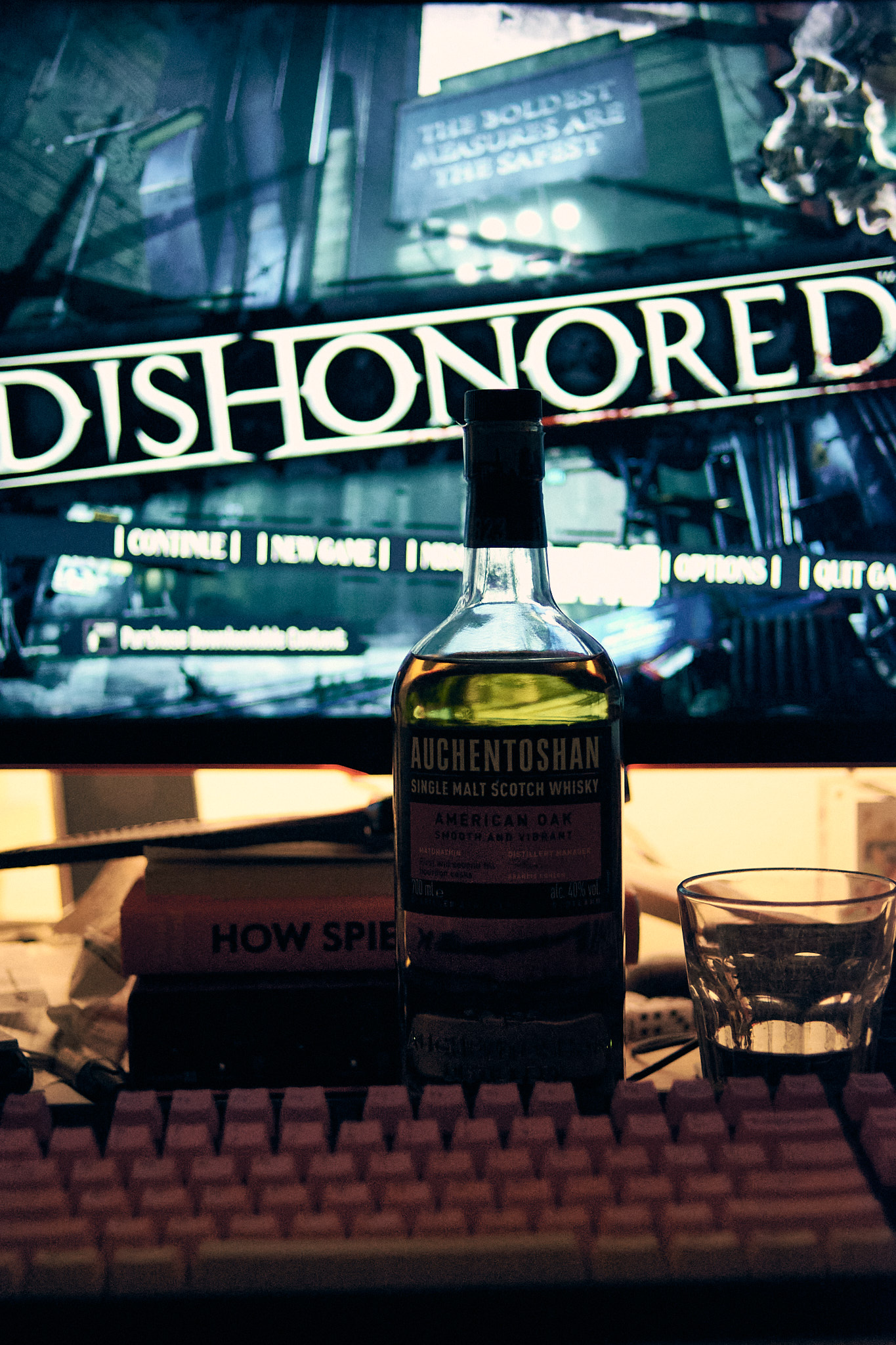 In Dishonored’s world, which is a cross between Victorian England, London at the time of the Great Plague and a steampunk fishing village, whisky plays an important role. In fact, you even visit a whisky distillery in Dunwall, the city where the game takes place, a few times during the story. For this reason, and to complement the dark, Victorian atmosphere of the game, I decided to pair it with a nice single malt Scotch. I’m currently drinking Auchentoshan American Oak, which isn’t too offensive and too strong and seems a nice fit for what I imagine Dunwall Whiskey would be like. But you can go with any single malt here, a good Laphroaig never goes amiss.

Now I only need to find some canned tuna to emulate the canned whale meat everyone eats in the game. Just in case I suddenly get hungry…

Got a comment? Join the conversation by logging in with a Matrix account. (Get one here.)
Read other posts
← Link More Sleazy SEO Scams →