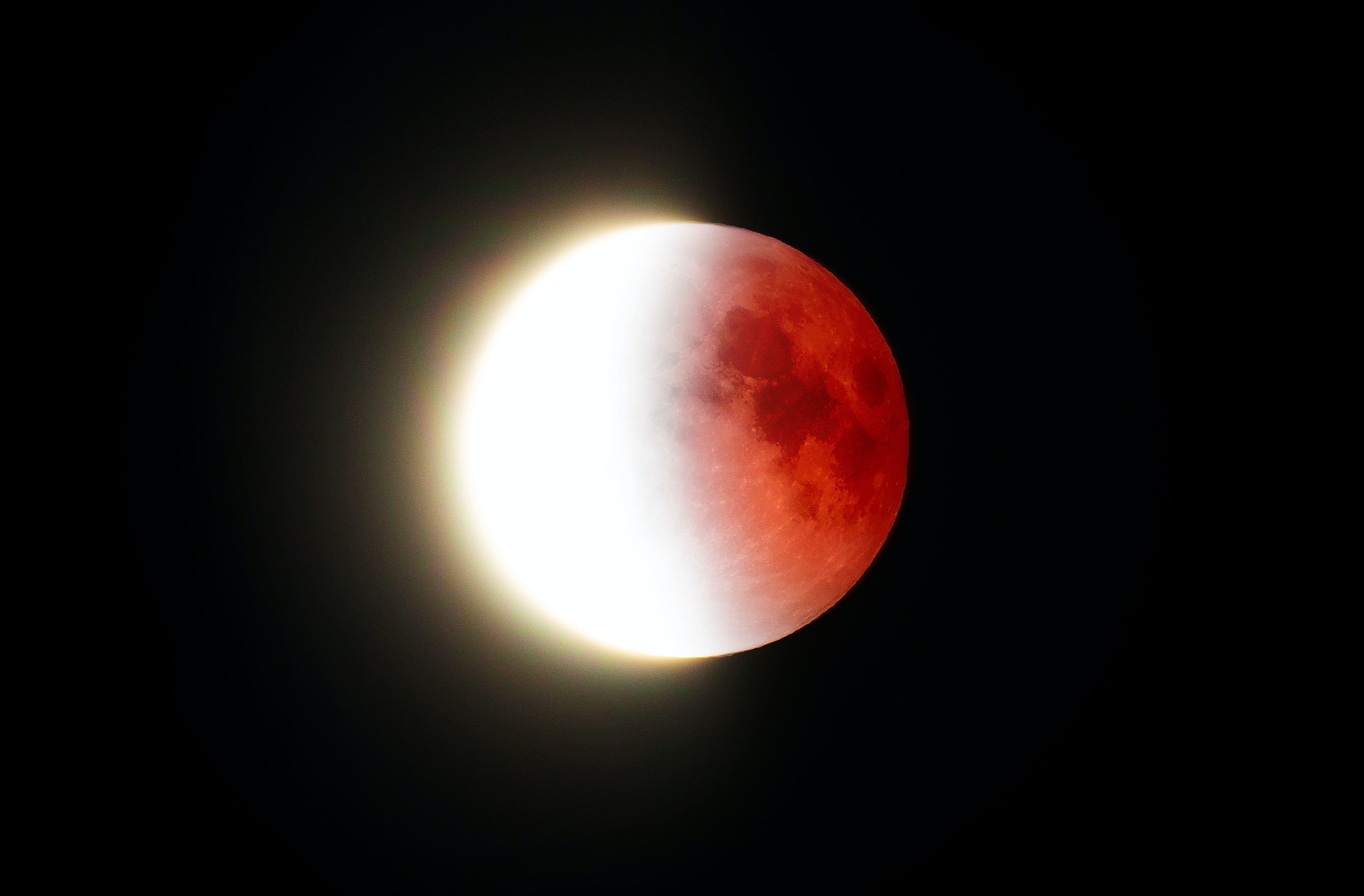 A review of Aurora CV-01, the first book in The Frontiers Saga by self-published sci-fi author Ryk Brown.

On a recommendation from Steve Gibson on his Security Now podcast, I’ve started reading The Frontiers Saga by self-published author Ryk Brown. This is a review of the first book in the series, called Aurora CV-01. The Frontiers Saga is classical science fiction space opera stuff, best summarised as a cross between Ronald D. Moore’s Battlestar Galactica and Star Trek: The Next Generation. Sounds a bit run-of-the-mill at first glance, but it raises eyebrows immediately based on the sheer scope of the work:

The Frontiers Saga is a series of science fiction novels that covers a century of human adventures in space. Part one is 15 episodes, with each episode being released at regular intervals. All story arcs begun within a part are concluded during that part. There will be 5 parts to the series, with 15 episodes per part, for a total of 75 episodes.

Aurora CV-01, the first book in the franchise, which I’ve just finished, was originally published ten years ago. Since then, Brown has finished two series, meaning 30 books. That’s on average three books (of 200 - 300 pages each) a year. And the guy just keeps on going and going. He’s like some sort of anti George R.R. Martin with his output. That alone impressed me enough to give him a shot. And, I must say, I have not regretted it.

An Everyday Approach to Character Writing

My favourite sci-fi book series – indeed probably my favourite book series in general – of recent years is The Expanse. As such, it will naturally form a touchstone for a review of the book in question. In direct comparison with The Expanse, Brown’s first Frontiers book immediately struck me as a lot more easy going and, to say it plainly, more fun.

The main character has casual sex within the first 20 pages of the book and several other characters join him in describing a female colleague of his as “a total bitch”. None of this would happen in The Expanse, where the writers are extremely careful in their political correctness, so as to not hurt modern progressive sensibilities. Brown, on the other hand, has a main character who can be a bit of a macho ass at times. Oh yeah, and his friend is as stereotypically Russian as you possibly can be without wearing an ushanka and blasting hardbass at full volume. That’s not to say that this book is cringe. Or reactionary in any sense. Nathan, the main character, learns to work very well with the “icy bitch” he starts to hate at the start of the novel. And it turns out that his casual tryst was as much down to his macho ego as it was down to the woman he has sex with getting exactly what she wanted. She turns out to be a real badass, too. In fact, he’s surrounded by women who know what they are doing.

This book has many classical sci-fi elements, but sexism isn’t one of them. On the Aurora, everyone seems to be equal, regardless of their sex or cultural background. It’s an effortless kind of equality and not the forced, political correctness that is sometimes all too transparent in The Expanse novels, where at some point it feels like nobody in the future is having heterosexual relationships anymore. Since my own life isn’t that exciting to be honest, I just can relate to Ryk Brown’s everyday approach to his characters a lot more. They seem like real people to me, who talk and act like real people would.

Now, what I absolutely do enjoy about The Expanse is the grime, the grunge and the extremely hard sci-fi approach to space flight and space battles. You won’t find that here. The Frontiers Saga is much more classical sci-fi in this respect. The ships aren’t as advanced as the Federation’s in TNG, but they do have inertial dampeners, artificial gravity, FTL capability, shields and similar features. The Aurora itself comes across as a sleeker version of the Galactica from RDM’s series – which I am absolutely positive it was inspired by, at least in parts. A lot of the characters, on the other hand, and the bridge layout of the ship, could be straght from TNG. But the story is set much further in the future, with humanity actually re-discovering long lost colonies of Earth after some sort of technological Dark Ages period.

This is definitely a space opera, not hard sci-fi at all. Maybe it’s just the frame of mind I am in at the moment – I usually love hard sci-fi to bits – but this change of pace appeals to me a lot right now. The flawed, very human characters coupled with the ability to actually have battles that have the freedom to do some really crazy stuff, because they don’t have to be beholden to every single physics detail of how space works, totally does it for me. It just makes for better stories if you can actually get across half the galaxy without worrying about how the technology works – that’s why RDM’s Battlestar was so liberating and plain cool after his work on TNG.

That being said, like RDM, Brown understands how sci-fi works. You can bend the rules of physics as much as you want, as long as you stick to the ground rules you lay down. Violating these sort of self-imposed restrictions of a series (or franchise) is what makes Star Trek: Discovery so bad, for example. If you want more freedom in how the ship gets around, the solution is to never really explain how the tech works (see Battlestar Galactica). But if you’ve explained it in detail once (TNG), you can’t then go and completely ignore it in a series that’s supposed to be set in the same universe (Discovery). Brown seems to have spent a lot of time figuring out how this stuff will work in The Frontiers Saga and if the first book is any indication, he has no intention of messing it up later – which is something he has in common with The Expanse, a series that is so good for a large part because it sticks to its guns. Brown probably learned the cardinal rules of sci-fi worldbuilding from watching a lot of sci-fi on TV, which is both evident in his own author biography on his site as well as from the obvious inspirations he’s drawing in the book.

Together with really consistent characters with very human flaws and biases, this approach to technical worldbuilding works really well for me. Brown seems to have established very nicely how his world works and how the character in it would behave consistently. He does not break these self-established rules, so as to not annoy the reader. But he knows when to bend rules to make the story better. Or when to create the rare opportunity of making a character transcend his or her flaws to do something heroic. Which he then doesn’t overdo either, because that also would be annoying.

You Should Probably Read These Books

The first book ends very abruptly, albeit at a logical cliff-hanger point. Luckily, I’m picking up this series when Brown is already 30 books in and I could start on the second book immediately – long live e-readers with built-in book stores!

I think I would recommend Aurora CV-01 to most people. It’s easy to read and a lot of fun. And it seems to set up a great series filled with wonderful characters. There’s some minor writing errors in this book (mostly in dialogues when the author lost track of who is actually speaking) and you can tell that Brown is still finding his voice as an author. But I am confident that this will improve throughout the series.

If you like somewhat light-hearted exploration sci-fi, think typical TNG-era Star Trek, with some of Battlestar Galactica’s toughness thrown in, you will enjoy this. Even if you typically don’t read much sci-fi, you will probably have a blast, too. It isn’t as cumbersome as The Expanse or as longwinded as A Song of Ice and Fire. The only people I would not recommend this book to are readers who don’t like reading sci-fi at all or readers who specifically only like hard sci-fi. If you feel TNG or The Orville is too silly, you probably won’t like this either.

I will definitely continue my reading of this series. And I’ll probably chime in again with another blog post when I’m deeper into the books.