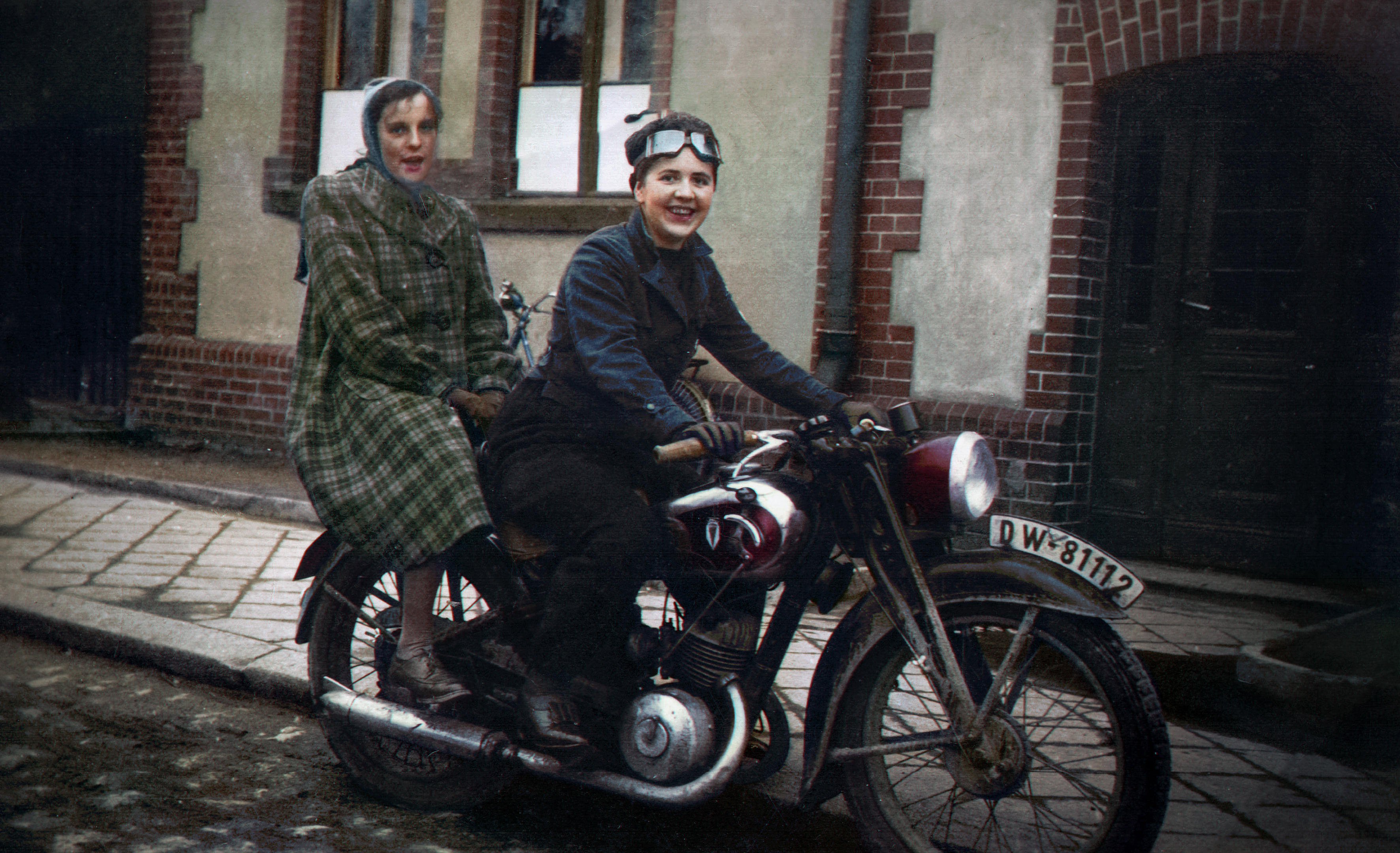 My grandma is turning 100 years old today and she’s the best person I know.

My grandma is turning 100 years old today. This is my favourite photo of her. It was taken in the late 1930s in Pomerania1. It’s her arriving home with a friend on the back seat on her DKW SB-200 motorcycle. She lost the bike when she had to flee the Red Army’s advance, but grandma still remembers it fondly and as you can see, it’s no accident that both my parents as well as myself have motorcycle licenses and ride regularly.

I had this photo colourised by Marina Amaral, who I’ve been following on Twitter for a few years, ever since I’ve discovered a tweet of hers when she was working on this amazing colourisation of Bismarck. She does not just colourise these photos. She spends a lot of time doing research into old clothing, materials and places to make her work as historically correct as possible. And I think she’s done an amazing job with grandma’s photo as well.

My grandma is the nicest, most kindest person I have ever met. And she was clearly a badass in her youth. From as early as I can remember, she helped raise me. Both of my parents had to work full time and grandma was the closest person to me when I was young, at times probably closer than my parents. She’s given me so much love. When I went to go to school in Australia for a year in 2000⁄2001, she taught herself how to use a computer, just so we could exchange emails every single day.

Grandma worked all her life and in her 80s and 90s she volunteered to look after people in an old folks home, some of which were two decades younger than her. She poured all of her energy into this until the pandemic unfortunately put a stop to it. I now visit her every week and try to keep her entertained with games and long talks. She’s given me so much, I owe it to her to give as much back as possible now. I had the colourised photo printed in an acrylic glass block and gave it to her a few months ago. I wanted her to have it right away and there will of course be more presents today. 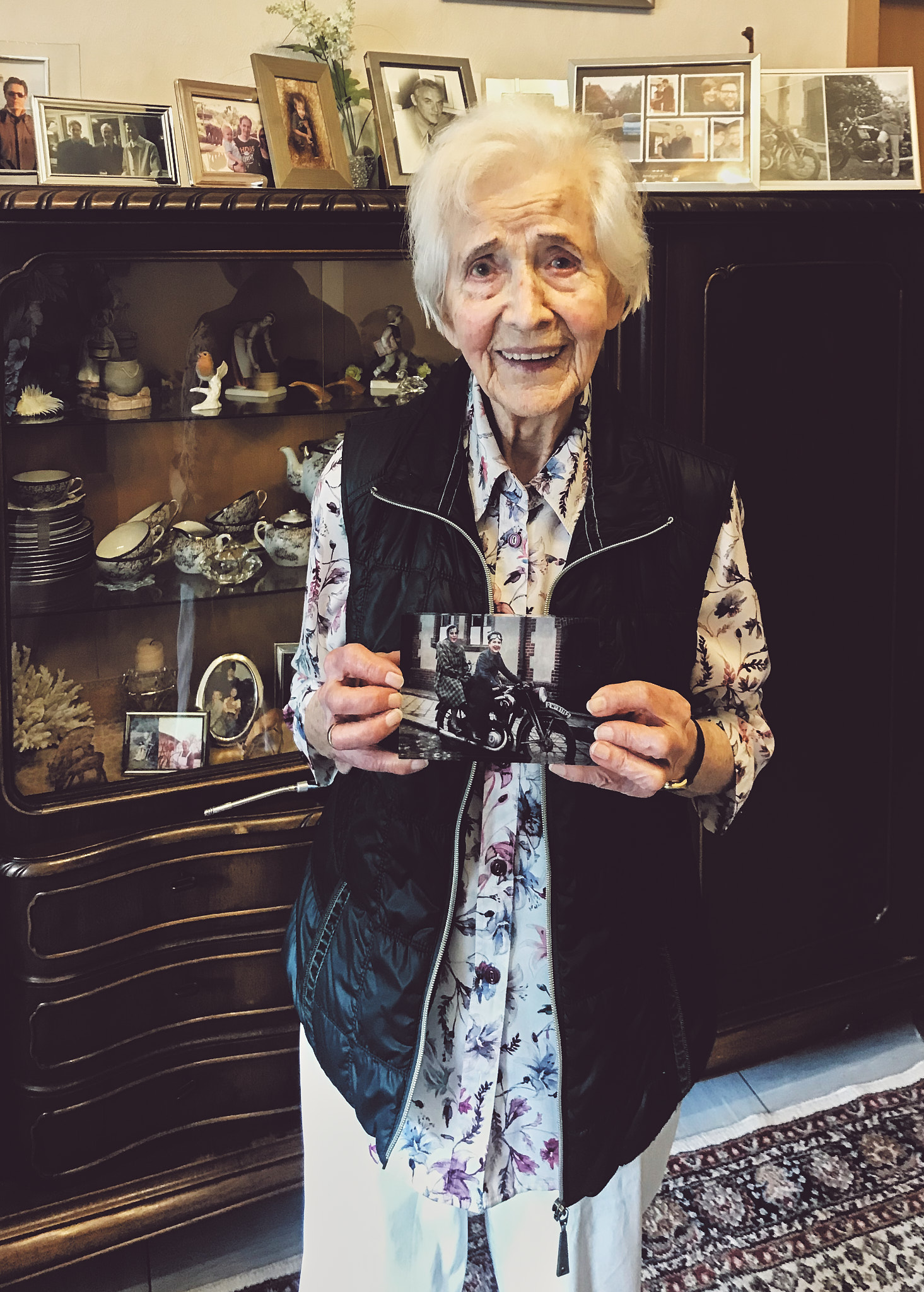 She was so amazed by this colourised photo and it makes me unbelievably happy to see joy in her eyes. She still has that winning smile from her twenties. Grandma is amazing. Here’s to a wonderful day celebrating a century of her life. May there be many more years to come!