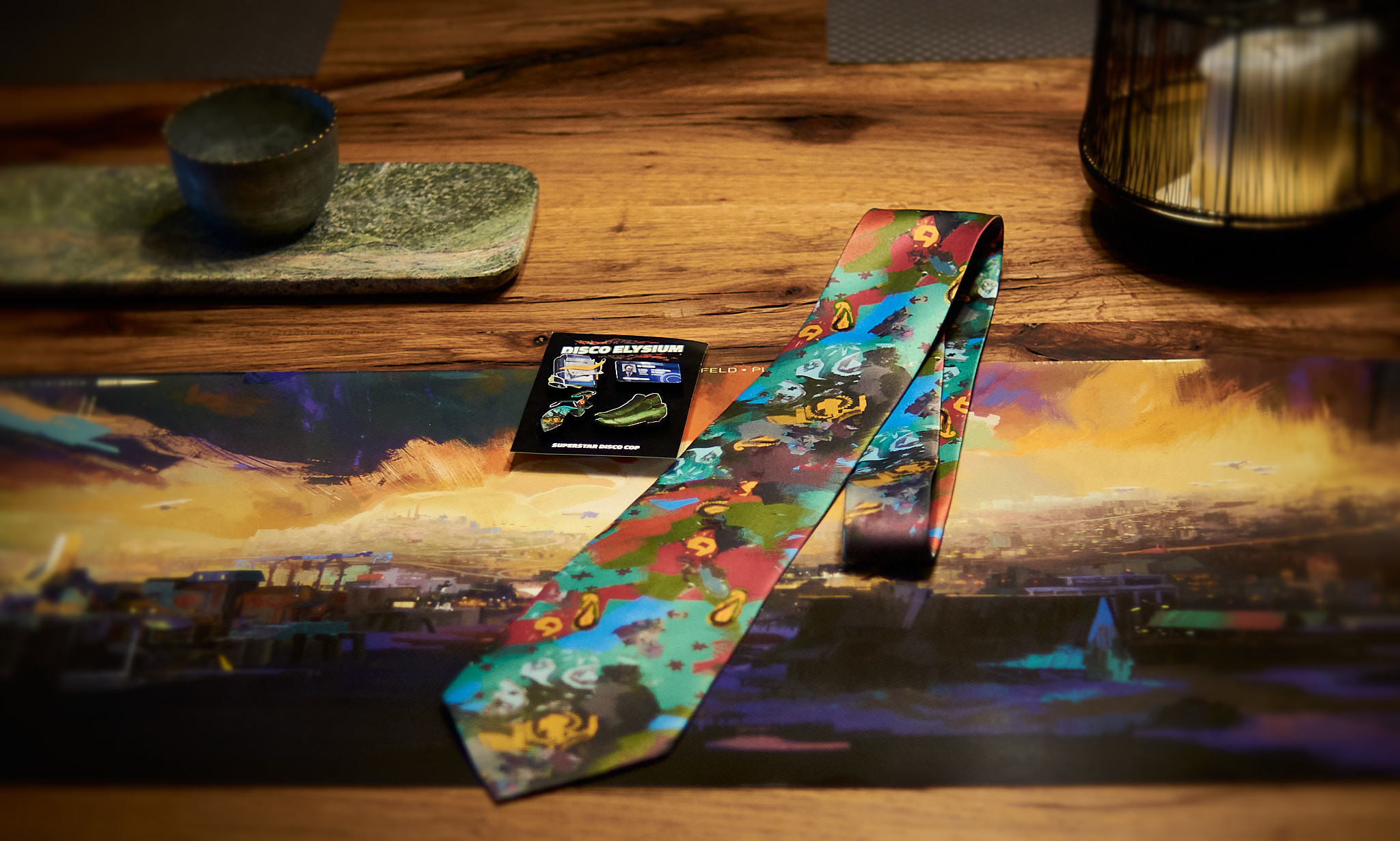 I own the actual Horrific Necktie from Disco Elysium now!

I am now the proud owner of the actual Horrific Necktie, probably my favourite character from Disco Elysium.

The necktie is adorned with a garish pattern. It’s disturbingly vivid. Somehow you feel as if it would be wrong to ever take it off. It’s your friend now. You will betray it if you change it for some boring scarf.

I am now ready to become a superstar homicide detective. If any police department wants me, I’m available on a freelance basis.

But seriously, as part of my NaNoWriMo effort of writing my dystopian crime novel Grim Deep, I’ve started playing Disco Elysium again as both research and a relaxing pastime. It’s such a good game! Best detective video game ever. I love it so much. And since it had quite an influence on my writing, I’m hoping that the Horrific Necktie will infuse me with some inspiration if I wear it while trying to put words on a page.

Oh wait, what are you saying?

HORRIFIC NECKTIE – Let’s bail! Time to push the EJECT button. Sounds like a *responsibility*. You don’t like those.

Got something to add? Comment on this post in the forum.
Read other posts
← CyberBunker: German Court Convicts Bulletproof Hosting Operators in Landmark Case Back to Community Basics →