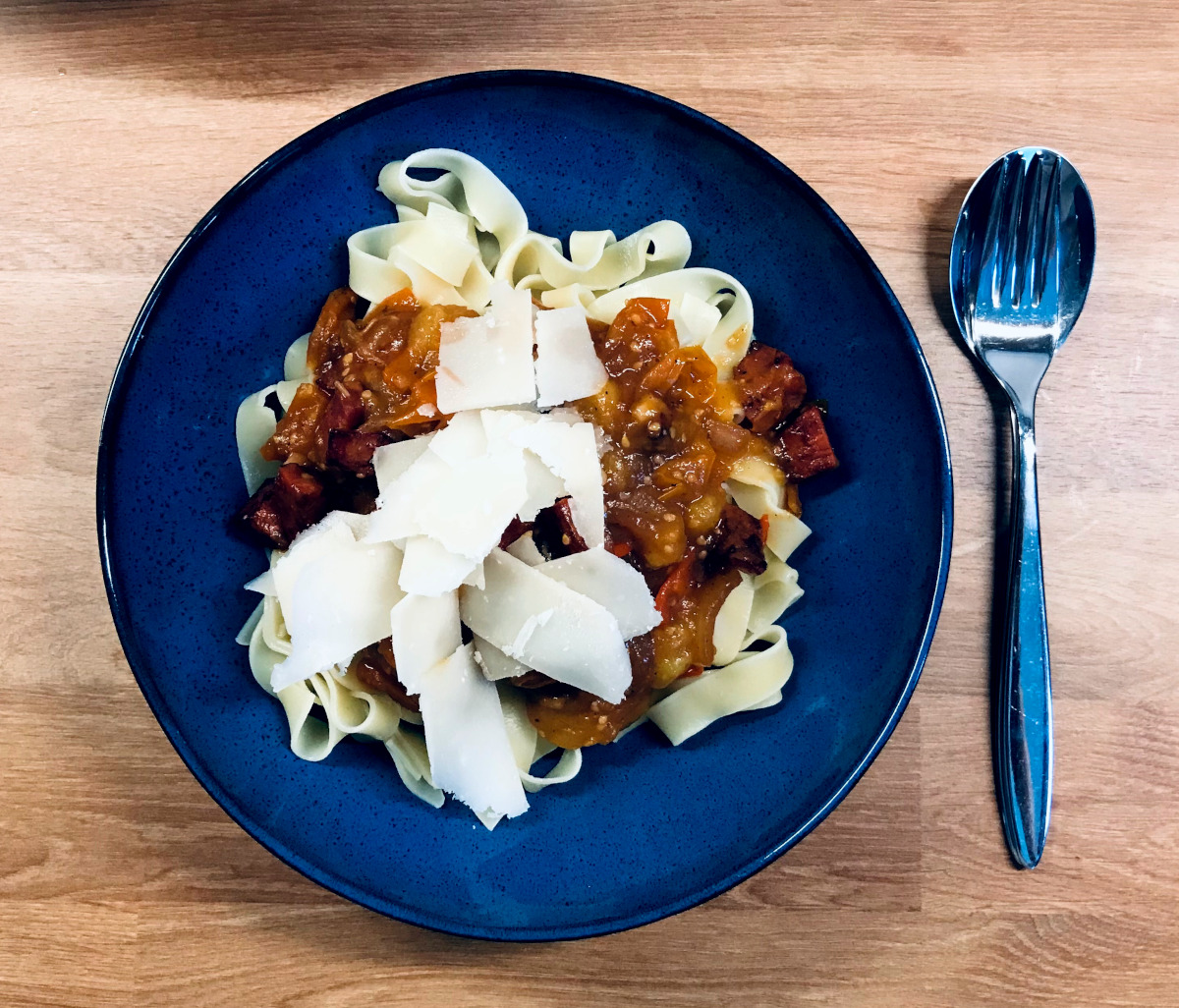 When we moved to Düsseldorf, Katy planted a small inner city garden in our backyard. We’ve already had a few (tiny) apples and strawberries of our own harvest this year and this morning, Katy harvested yellow tomatoes and a red pepper. I decided to take some leftover chorizo from another dish and create an improvised Mediterranean meal for dinner for us tonight. Here’s the recipe, in case you want to duplicate it. I can recommend doing so, it was delicious! 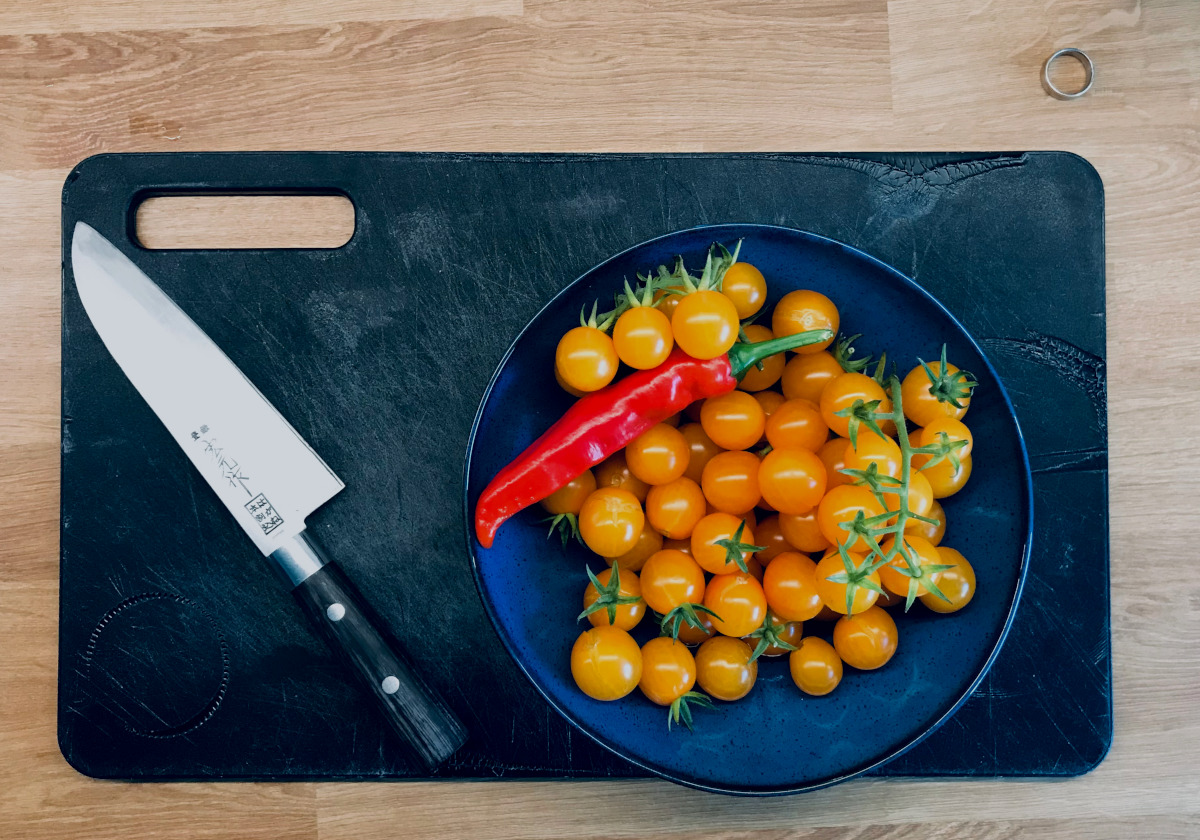 Due to the improvised nature of this dish, relying mostly on our own harvest, I don’t really have quantities for these ingredients. I cooked this dish for two people. For starters, use plenty of tomatoes (its the main ingredient), as much chorizo as you’d like to spice it up (buy it as a large chunk of sausage, if you can), an onion and two cloves of garlic and then modify the next time based on what you’ve learned is needed. You should already have a feeling for how much pasta you usually need. Never skimp on the parmesan and test the peperoncino pepper – if it’s too hot for you, make sure to remove the seeds and the core housing them. 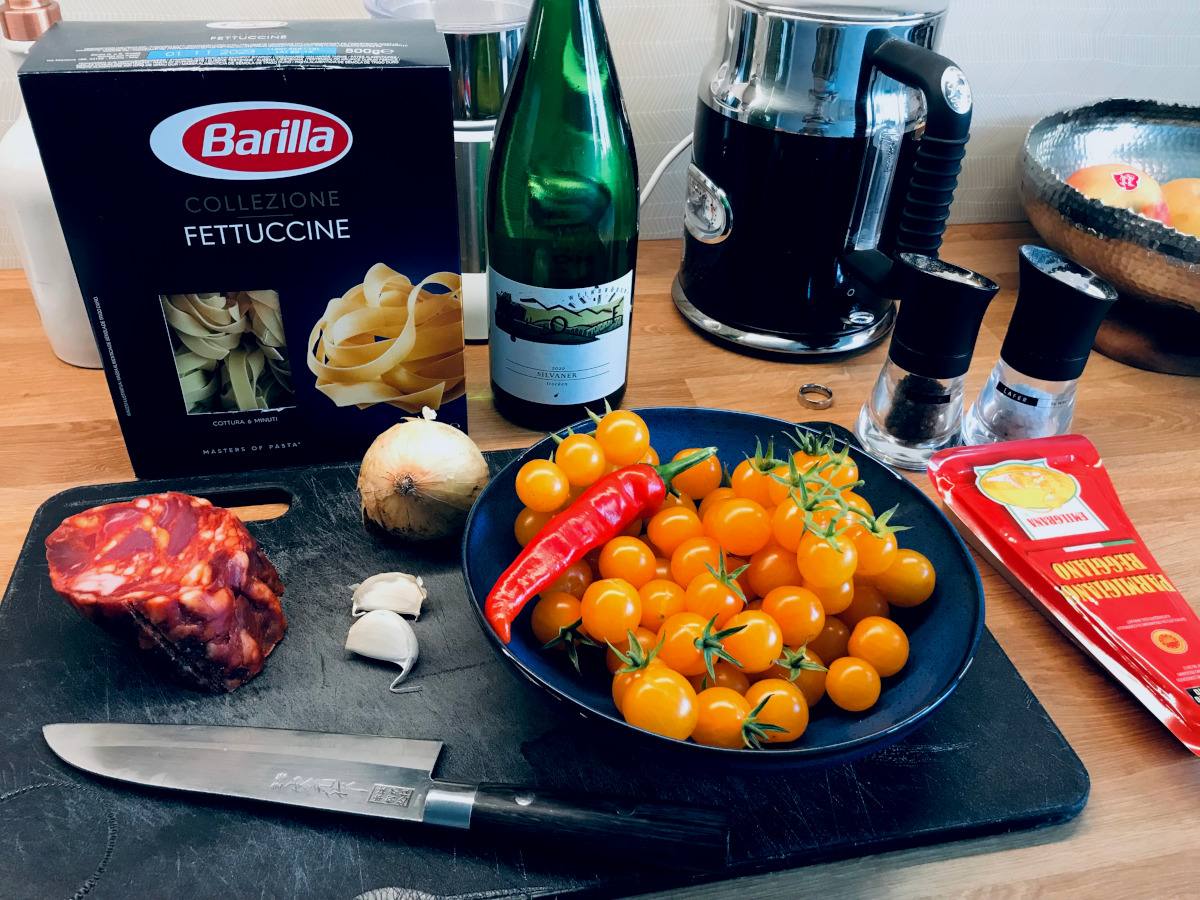 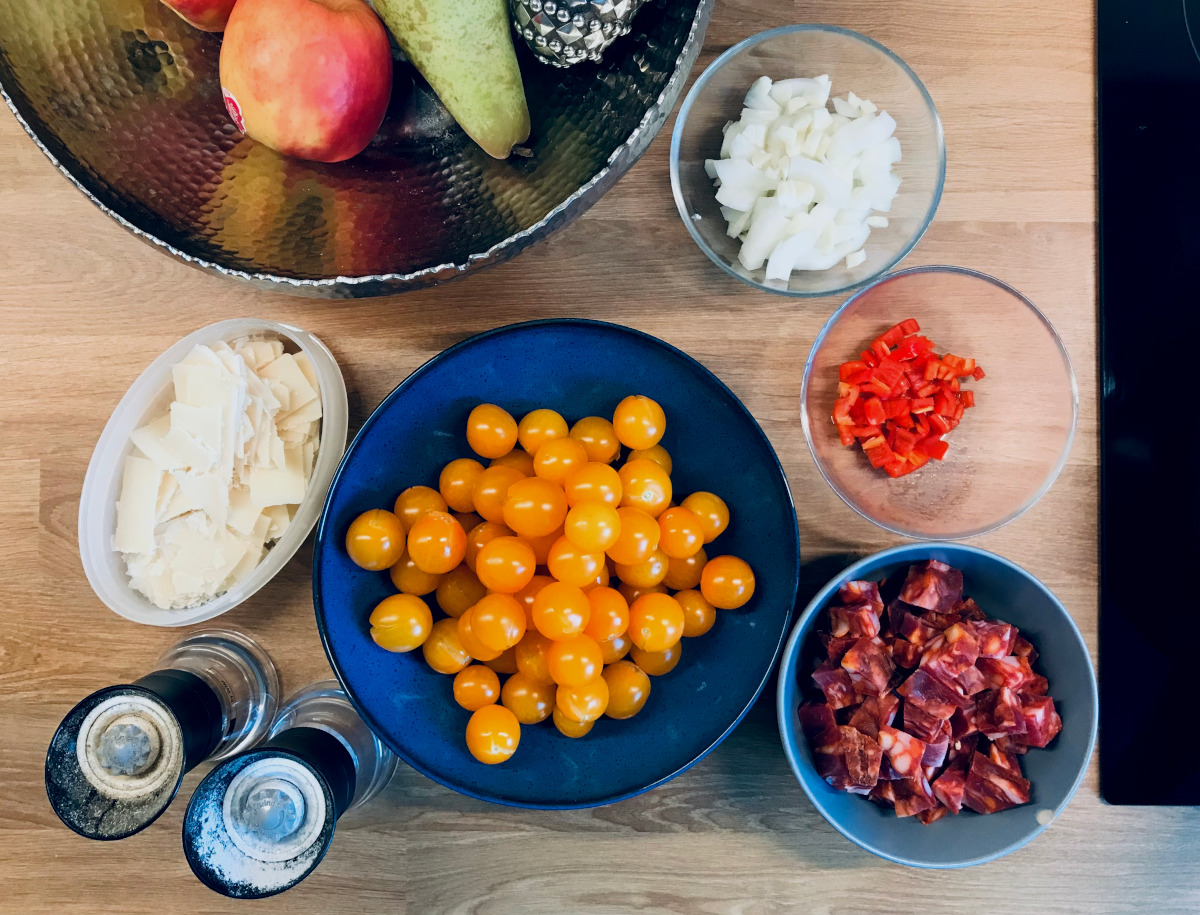 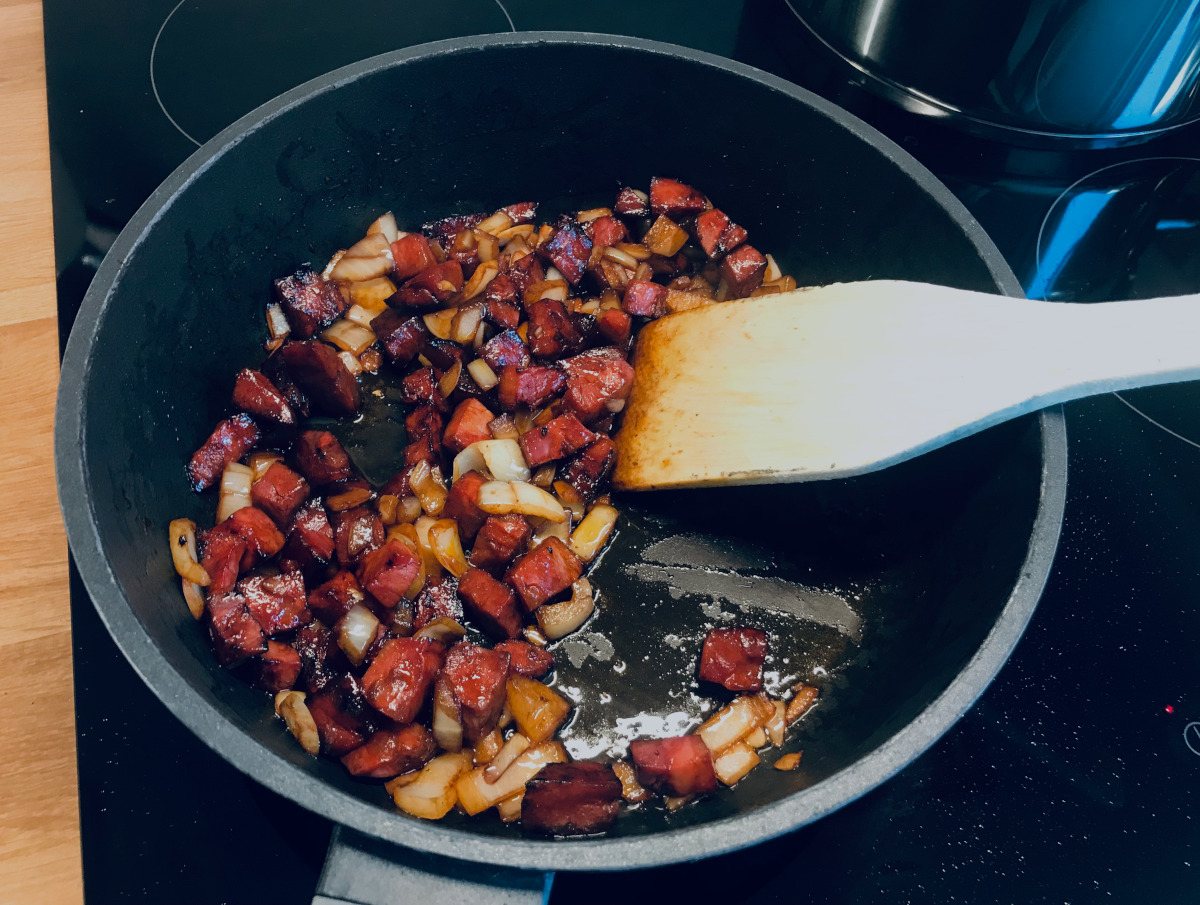 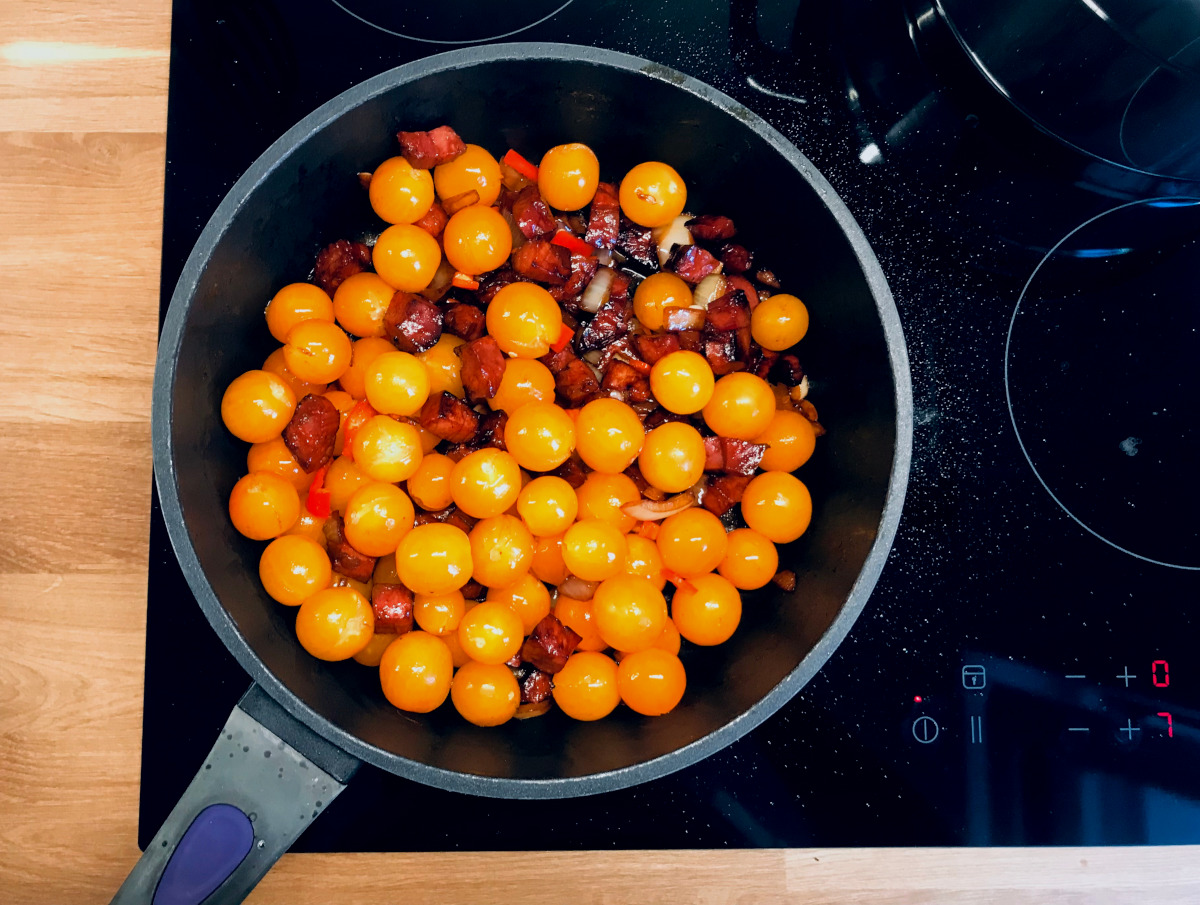 If you did it right, your sauce should look like this at the end of the process: 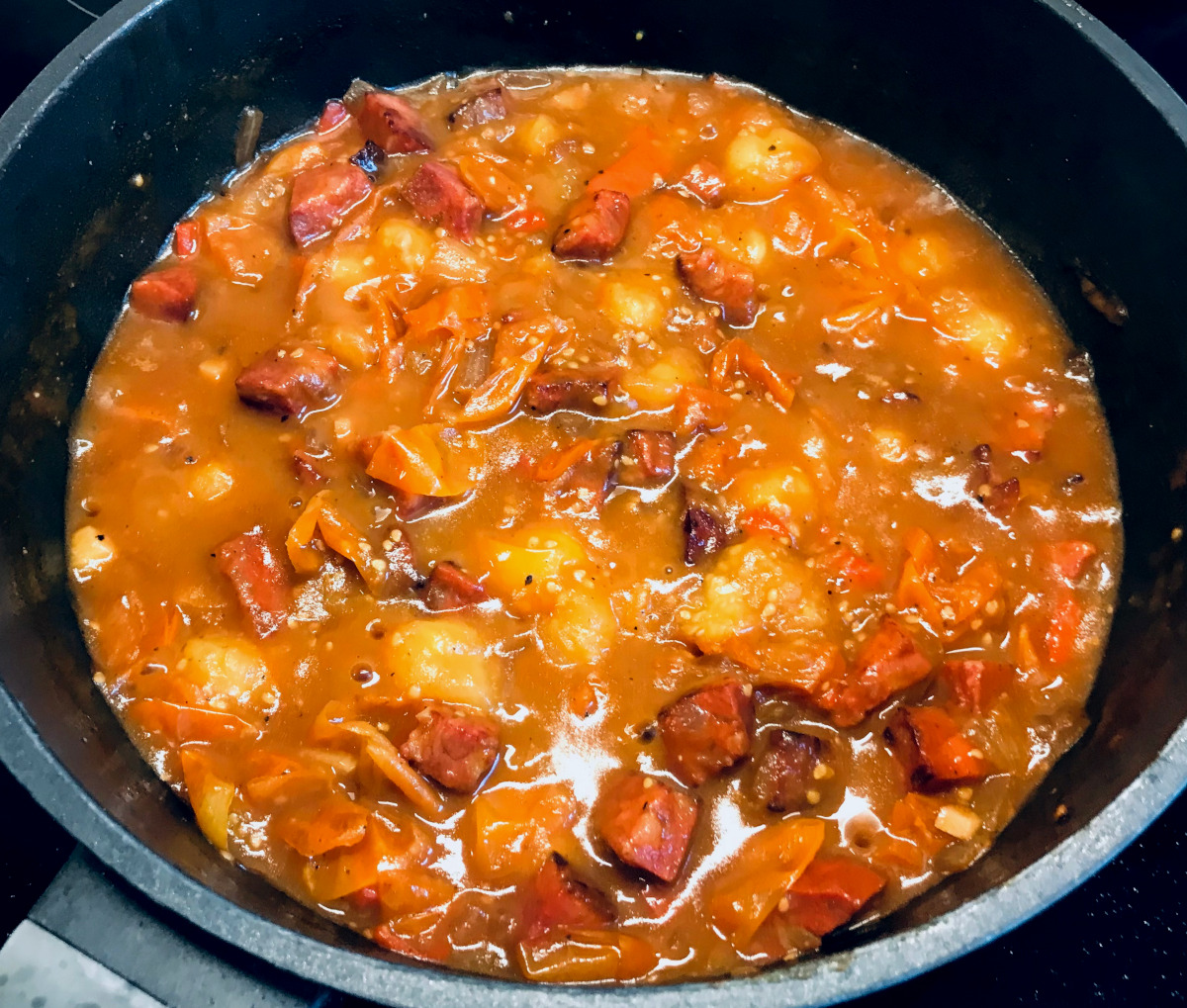 While I was cooking this dish, I was listening to Thelonious Monk Quartet with John Coltrane at Carnegie Hall. I can only recommend it. It’s a wonderful album and it took me exactly to the end of the second recording of Epistrophy (the last track) to finish cooking. I also recommend having some of the leftover white wine while you cook. All of this makes for a better end result, I feel.

Got a comment? Join the conversation by logging in with a Matrix account. (Get one here.)
Read other posts
← Link Note →