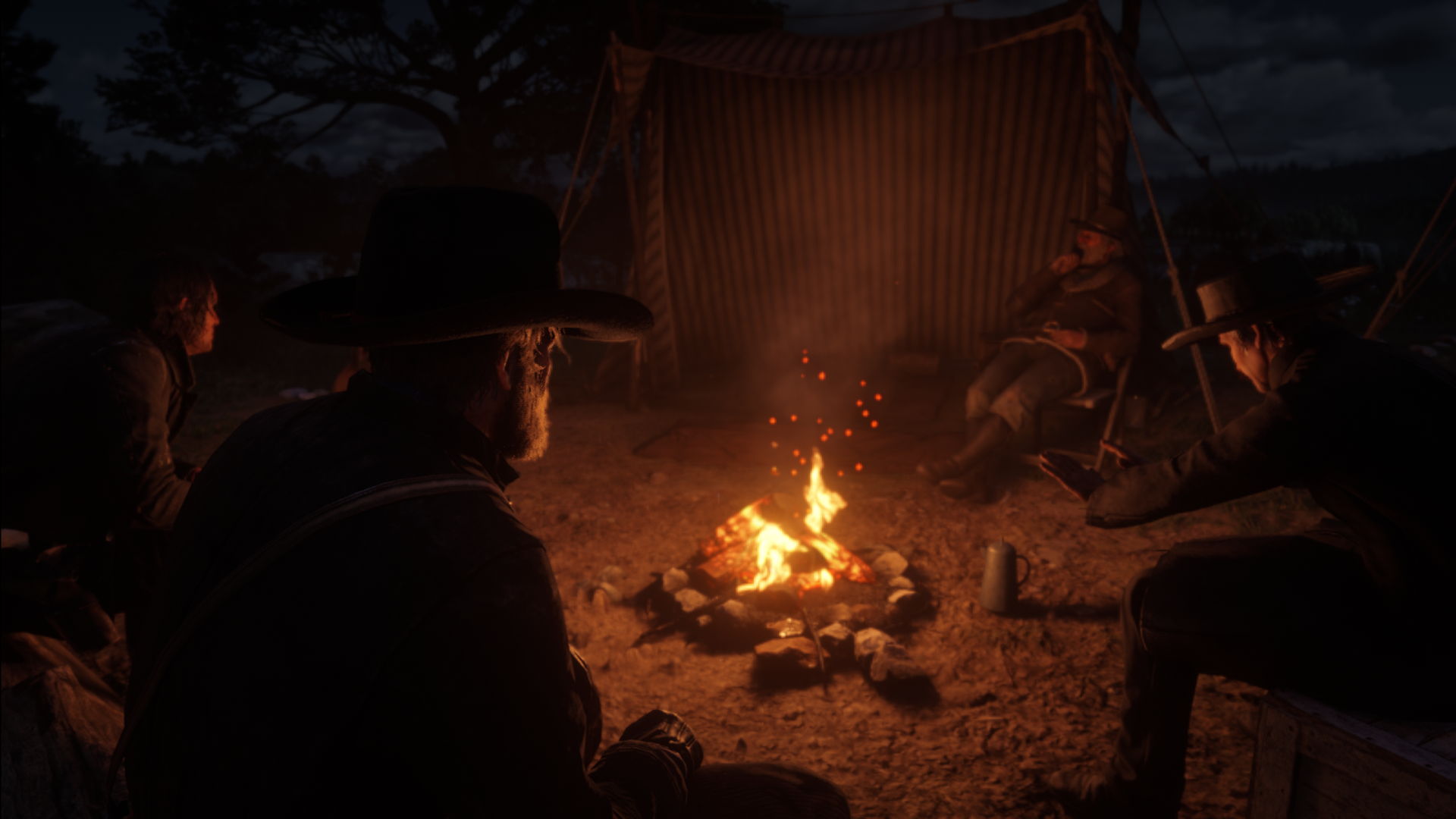 Ah great! Rockstar’s gone and fucked it up again.

So, I’m playing Red Dead Redemption 2 again. Oh, the graphics work fine now. And I’ve previously been enjoying it very much. But now it’s broken again. With the December patch that made Read Dead Online a standalone game, Rockstar fucked up the single player part of the game in a very annoying way. Pretty much all camp dialogue is replaced by Arthur’s companions complaining that he’s not wearing warm enough clothes. Yeah. You heard that right. Everyone is Arthur’s mum now and they won’t shut up about it. This guy on Reddit encapsulates it perfectly:

Strauss: “We aren’t in the tropics.” Abigail “You damn fool Arthur Morgan! Put some warmer clothes on.” Uncle: “Your gonna freeze your acorns off.” John: “You must be freezing your pecker off.” Micah: “Do you know what temperature it is?” Susan: “You’re going to freeze!” Charles: “You’re not dressed for warm weather.”

Apparently, Rockstar has known about this bug for months. There even was a game update since it was introduced, but they haven’t fixed it. New players get really confused by that crap. And veterans like me get mightily annoyed. The camp is the hub of the whole story after all and immersion is what this game is about first and foremost. You can see that by how carefully they designed every aspect of it. And then this shit rolls along.

Walking around camp between missions and chatting with the Van der Linde gang not only gives players access to new missions, items, and honor opportunities, it also builds the individual members of the gang and their relationship to Arthur. At least, it did, until the bug from RDR2’s December patch caused all the gang members to constantly talk about how the player is going to freeze to death. Any time a player enters into camp – regardless of the location, weather, and the player’s outfit – some, if not all, of the camp members will constantly talk about how cold Arthur must be in what he’s wearing and how he needs to put some clothes on.

This isn’t altogether game-breaking on its own despite causing immense annoyance at having to go to camp. RDR2’s incredibly immersive gameplay, though, is what makes the game work so well. It’s slow and methodical, pulling players into a full-scale roleplaying narrative as they try to carve out a life for themselves in a rapidly changing frontier that has little place left for an outlaw, and in this respect the recent RDR2 camp glitch swiftly derails all of Rockstar’s hard work.

As Screen Rant points out correctly here, this also torpedoes some subtle parts of the game’s story altogether:

Where this gets worse is not only do the comments get annoying, but they also replace Red Dead Redemption 2’s amazing character dialogue which sets up moving narratives for Tilly and Mary-Beth as well as tragic falls for others and developments for incredible characters like Sadie Adler. Without the subtle nuances the conversations at camp brings to each of these characters, their narratives (and the overall story of RDR2) suffer significantly, and it can make the single-player experience unenjoyable at times or just outright unplayable for some players.

Rockstar doesn’t seem particularly interested in fixing it, either. As long as the money for Read Dead Online keeps flowing in, who cares about the actual art of skilfully crafting stories in a video game?

Got a comment? Join the conversation by logging in with a Matrix account. (Get one here.)
Read other posts
← Note Errata for The Private Citizen 66 →