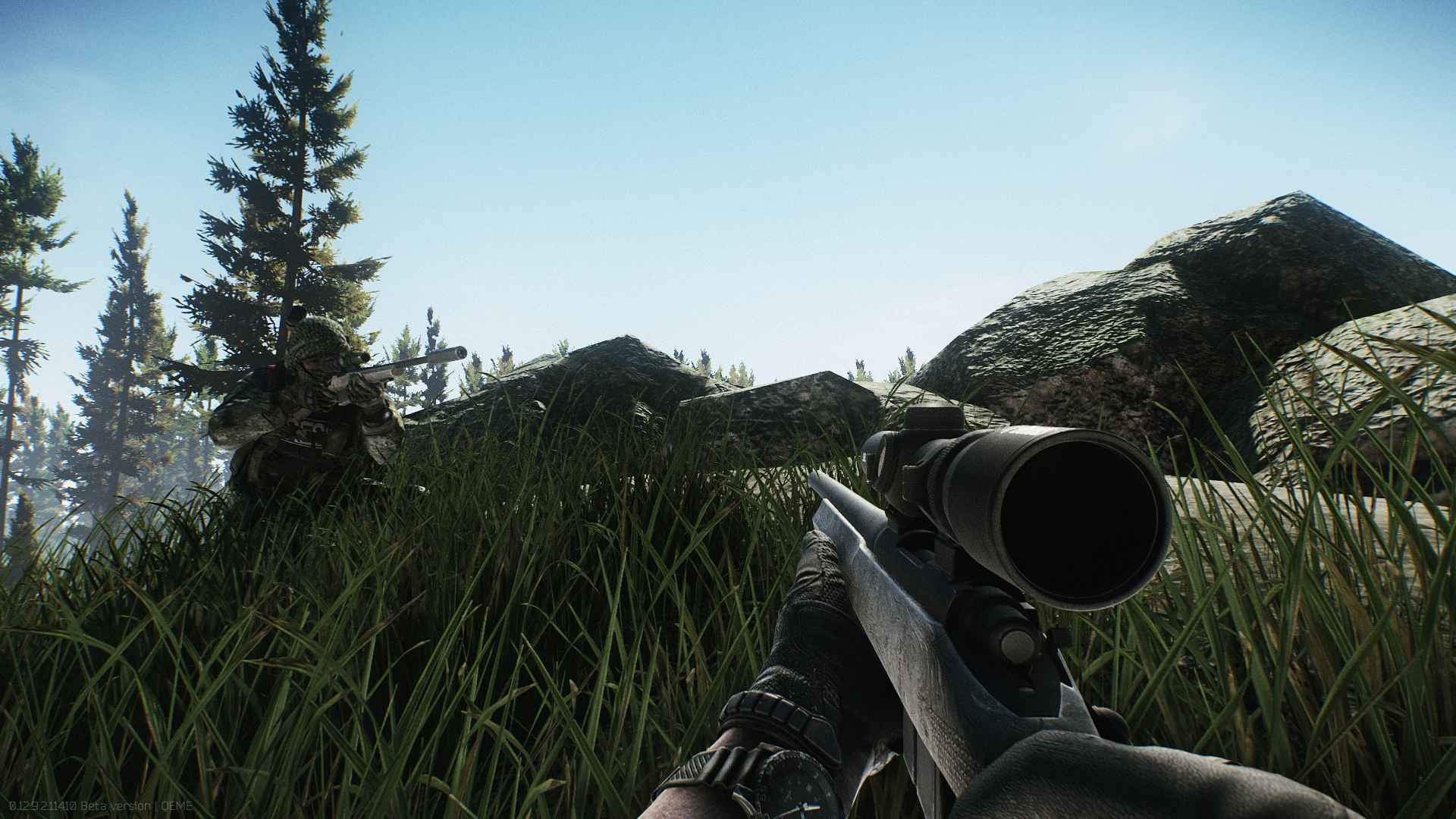 Here are some of my relatively cheap, but very usable, beginner gun presets for Escape from Tarkov.

I’ve recently started playing Escape from Tarkov again and thanks to plenty of help from my good friend Jonathan even made it to Level 10 in the game. With a workbench in your hideout and access to the flea market at Level 10, the game really opens up and you can finally start modding weapons in a usable way.

Therefore, I have started to produce a number of weapon presets which I call “functional” and present them here for you to get some inspiration from them (and maybe leave some comments for improvements, if you want). These presets are meant to easily modify guns you find on scavs in order to make them more usable. They are designed to be accessible at a low player level and relatively cheap.

Once you define these presets, you can then quickly transform weapons you come across into a version you like with a few clicks by buying the required parts on the flea market and slapping them on the gun in question.

Side note: If you're new to this, like me, it's worth browsing the flea market for all the different kinds of adapters and attachments you can put on the gun you are modding. If you don't do this and you haven't found the part in question by accident, your character doesn't even know it exists and it won't turn up in your inventory. Also: you get a bit of XP for every part you identify and it saves you from having to do so later when you find a part in a raid and are looting, possibly under threat of fire.

The AK-105 is a great beginner rifle. It’s relatively plentiful, not too expensive as a result, and pretty accurate for a Kalashnikov. Of course, it also does full auto, if you’re the kind of guy who likes to spray bullets rather than aim properly. Here’s my baseline functional build for it:

It’s basically the stock AK-105 with an EKP-8-02 reflex sigh and the GP-25 stock overshoe to reduce recoil. They mostly come with muzzle brakes already attached.

If you can’t get your hands on an AK-105, the AK-74 is a decent alternative. The standard assault rifle of the Eastern Bloc for many, many years, it is sturdy and reliable. Unlike the better known AK-47 and its modernised AKM variant, it uses the smaller 5.45×39mm calibre which gives it more accuracy. The AK-105 is basically the improved version of this gun currently in service in Russia.

I like to change the rear sight for a TT01 rearsight weaver adapter with a Walther MRS reflex sight and then try to make sure it has some kind of muzzle brake.

The much older Simonov Semi-Automatic Carbine is a very accurate gun, but as an assault carbine, it functions in semi-auto mode only. Therefore it is important to make your shots count, which is hard to do with the iron sights. The basic version of the SKS in Tarkov does not come with a built-in rear mount, so you have to get a bit creative.

I like to use the SKS SOCOM rail mount with a Walther MRS reflex sight. I also like to add a 20 round ProMag – relatively cheap and effective. The downside of the larger mag versus the internal one is that you can’t top load the gun anymore when you use the bigger AK-style mags, so be aware of that.

The OP version of the SKS, also known as the Hunting Rifle Version, comes with a built-in rear mount and is a great medium-range sniper rifle.

I tend to use the same 20 round ProMag as on my red dot SKS, but here we use a Dovetail OP-SKS mount and fit a 4x24 scope: the Zenit-Belomo PSO 1. A great sniper platform on a budget, but be sure to bring an additional weapon for close range encounters, because trying to hit with the iron sights (and a scope in the way) is very hard – even if the guy is right in front of you.

The Kalashnikov-manufactured Baikal shotguns are Russia’s answer to the ubiquitous Remington shotguns of the West. The MP-153 is the semi-automatic model and as such probably the most-used shotgun in Tarkov.

This build is based on Deadlyslob’s “Fraud Cannon”, which describes a shotgun with a pistol grip that takes up two rows in a player’s inventory. This makes it very undesirable for players to loot off your dead body (not expensive enough to justify the space it takes up), facilitating “insurance fraud” – i.e. the gun will most likely be left in the raid and returned to you if you insured it.

What makes this gun a fraud cannon is the 12003 adapter and the Remington AGR-870 pistol grip. To that I add Deadly’s default M4SS stock and a Remington Tactical Choke for a smidge more accuracy. I also like adding a Walther MRS reflex sight and a Delta-tek Sprut mount with a WF501B flashlight – which is very handy for clearing indoor locations.

The Baikal MP-133 is the pump-action brother to the more popular MP-153. The fact that it’s pump action means you’ll have a slower rate of fire but that in turn means that it’s less desirable for players so it’s more likely to pop up on PMCs and scavs you already find dead. It’s also more likely to return to you via insurance, which makes it better suited for insurance fraud.

The setup is pretty much the same as for the MP-153, except I tend to use a Klesch flashlight.

No matter which of the two fraud cannons you run, remember: Aim for the face (if it isn’t protected by a face shield) or the legs. Two blasts in the same leg should kill a player. When aiming for the face, aim low, above the neck. Shotgun pellet impacts are randomly distributed, but as the game is set up right now, a single pellet hitting somewhere on an unprotected part of the face will kill the player in question.

Because I really like the SKS, I’ve also created a “go-to” preset for it. Basically, an ideally kitted out version of the gun that’s perfect for me. If I want to risk the investment and can get hold of the parts, I will go for this version of the gun every time. In the future, I will create more goto presets for other guns, too.

My Goto-SKS uses the following parts: a PSO-1 scope on the dovetail mount, a SOCOM mount with an NcStar MPR45 Backup mount with a Belomo PK-06 reflex sight attached and a Hexagon 12K suppressor. I also use ProMag AALVX 35-round mags. You can kit this rifle out even more, but for my level of play it’s perfect. Very good at medium and long-range sniping and, thanks to the backup sight, it’s even usable at relatively close quarters.

I hope this realistic, functional weapons guide was useful to you. If it was, please let me know and I’ll try to research and write some more of these in the future. If you have tips for good weapon presets that work on a budget, please share them with me, too.

Got a comment? Join the conversation by logging in with a Matrix account. (Get one here.)
Read other posts
Note →