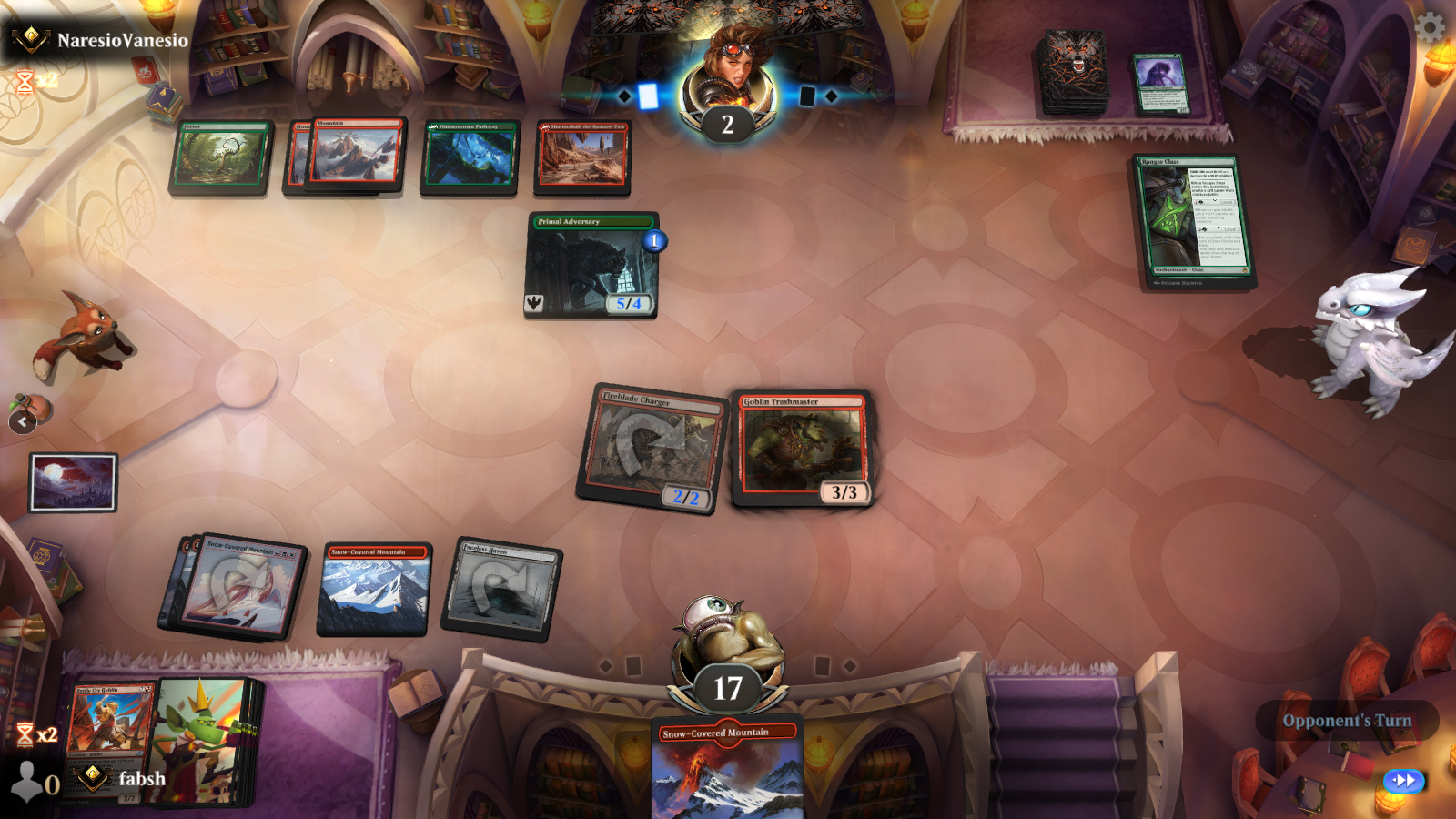 Skreeee!!! The goblins are here! Cower in fear!

Well, this is pretty amazing! I’ve reached the Gold tier in Magic The Gathering Arena with my Mono-Red Goblins deck. It’s been touch-and-go for a while and I wasn’t sure the gobbos had it in them, but they did! I’ve played 63 Best-of-One ranked matches to get there. Of those 63 matches, there was 1 draw, 31 wins and 31 losses. So an exact win rate of 50%. Not stellar, but also not bad for a cheap deck full of dumb gobbos.

Since I just took up Magic again and I’ve missed a couple of expansions, I needed a deck I could cheaply acquire with wildcards. As I love aggro decks, and especially red aggro decks, this deck seemed perfect. And while it’s not exactly competitive, after those 60+ games and reaching the gold ranks, I feel it is competitive enough to have some fun playing ranked MTGA.

Got something to add? Comment on this post in the fab.industries forum.
Read other posts
← Link Link →