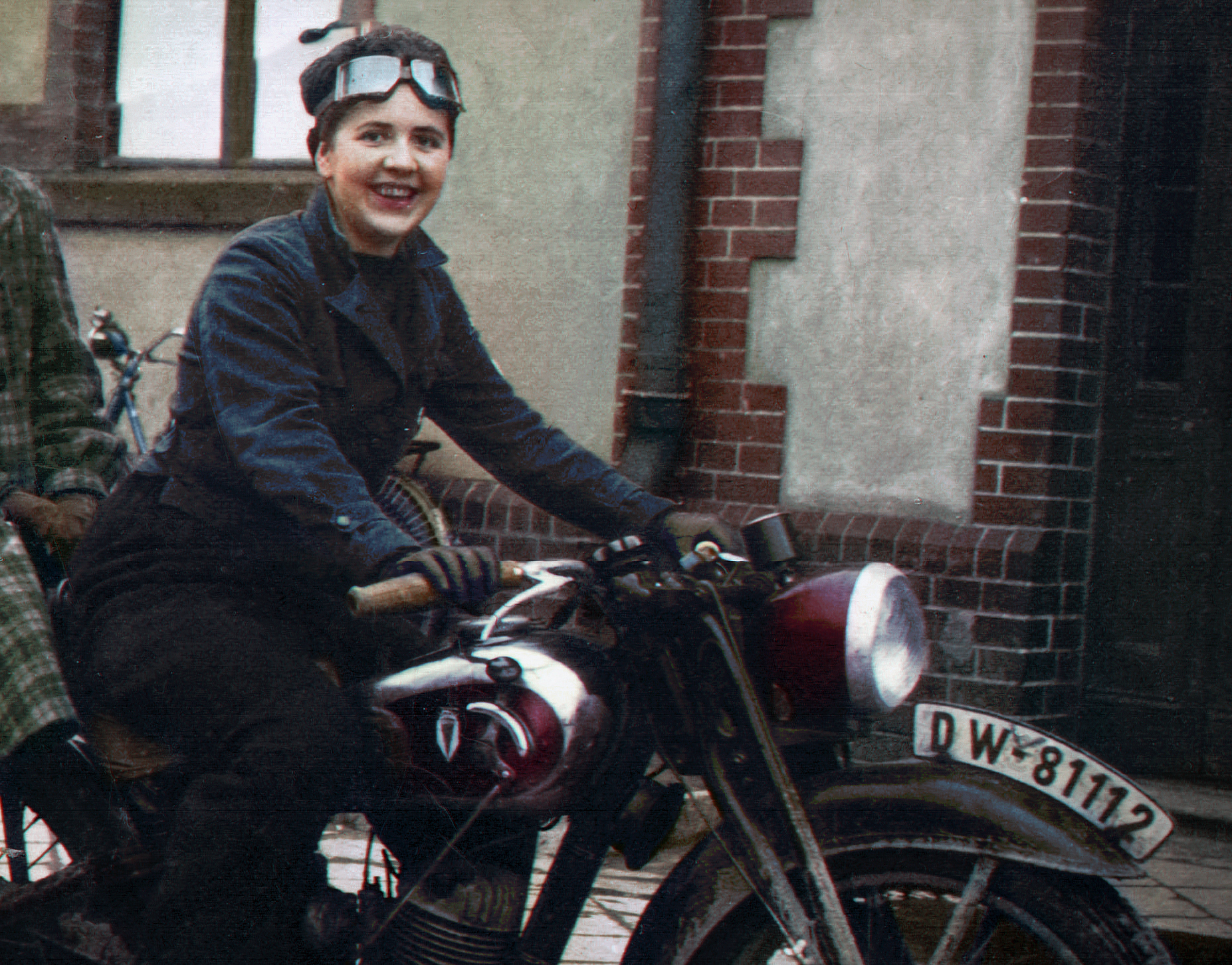 Remembering my grandmother, one of the kindest and strongest people I have ever known.

My grandmother was one of the kindest people I ever knew. She never begrudged anyone a single thing and even people she did not like, or who had done her harm, she had good things to say about. The worst thing she ever did to anyone was to simply ignore them and she only did this for very good reasons.

Even though she grew up in extremely bigoted times and must have been raised with the horrible prejudices prevalent in society during her youth, by the time I got to know her, she had transcended these ugly remnants of her past. She had a huge heart and she opened it to anyone who treated her and hers even halfway decently and with respect. No matter of their age, nationality, general appearance or life choices. When I found the love of my life, my grandmother immediately adopted her and loved the woman who would become my wife as much as she loved me. She said that as long as we loved each other, she would be happy.

My grandmother survived typhoid fever and cancer. She survived fleeing the approaching Red Army across all of Germany in the winter, during the worst conditions imaginable. And she cared for herself at home until a few weeks before her death at over one hundred years of age. She was simultaneously the smallest and most fragile looking, but also the strongest person I have ever known. She was incredibly strong of heart and had an iron will, but unlike most people, she only applied it to do good things. Until the very end, when her eyesight, her legs and finally her lungs started to fail her, she never gave up.

When she was young, she rode a motorbike. Later, she rode a bicycle until she was well above ninety years of age. When I was a kid, she looked after me every day while my parents were at work. She cooked for me, made sure I did my homework and then enjoyed watching Star Trek and MacGyver with me. We went on holidays together in The Netherlands and when I spent a year in Australia, she missed me so much that she ordered her son to set up a computer for her and got my mother to teach her how to write emails. She taught herself how to use a computer at eighty years of age just so she could email me! I wrote her every day from school down there.

When her husband died, she was in her seventies. Instead of giving up on life, she moved into her own flat and went about enjoying life. She had worked for almost fifty years. As a nurse, on a farm, as a telephone switchboard operator, delivering newspapers and as a postal worker. In her retirement, she took to travelling and seeing the most beautiful parts of Germany, especially the seaside resorts. She then decided she would do voluntary work in an old folks' home. In her eighties and nineties, she would then look after people – sometimes twenty years her junior – and entertain them with games, walks or by just talking to them. She became somewhat of a local legend at her chosen care facility: the ninety-eight-year-old volunteer worker looking after dementia patients. Nobody could believe it. But it was real. This is how amazing my grandmother was.

The thing that stopped her wasn’t her age. The only thing that could stop her caring for others was all of society shutting down because everyone was afraid of a virus. She wasn’t afraid, by the way. Even though she was more at risk than anyone else. But being afraid would not do. If I learned anything from my grandmother, it is not to be afraid and to face scary things head on. If she could survive all the bad things that had happened in her life and still be this confident, so could I.

When I was a kid, I saw her almost every day. Even after I moved to London, Hanover and Hamburg, I tried to visit her as much as I could. When a society in panic condemned her to stay at home, all alone, I made a conscious effort to visit her at least once a week. To spent time with her, to play board games, to talk to her and to listen. I am very glad I did and that I kept it up since.

I last saw my grandmother three days before she died. I sat next to her favourite chair and I talked to her. I knew it could be the last time. As it turns out, it was. When I said goodbye to her, I said goodbye forever. I was on the highway on my motorbike, coming back from a trip to Copenhagen, when she died. She loved motorbikes, so it is sadly fitting somehow. The last time we were together, she said she felt like she’d never shown me enough love. I told her that was ludicrous. She loved me every minute of every day and she showed it to me every time we saw each other. Until that very last day. I told her I loved her and that she had been the best grandmother anyone could wish for. And that was true.

I miss my grandmother. I miss her unbearably. But I am less sad about her death than I thought I would be. Maybe the pain will come with time. But she had a very long life and at the very end, when her body failed her and she had to admit that she could not – and didn’t want to – go on, she died on her own terms. At home. Without suffering needlessly. Despite all the evil and pain in her time, she had the best and fullest life I could imagine. Not because of others, but because she chose to make it so herself. She filled her life with joy. Joy she created herself. And she also gave joy to so many other people. What else could you possibly wish for in a life?

My grandmother didn’t speak English. But if she had, I believe she would have enjoyed this poem from my favourite poet. Its sadness but also its hopefulness in dealing with the terrible finality of death. So in closing, let me quote Crossing the Bar by Alfred, Lord Tennyson. And let us remember Henny Kluge and her one hundred years on this earth. Wherever she is now, she will never be forgotten by those she touched with kindness and joy. Let us remember her with fondness and laughter. And not with sadness.

Sunset and evening star,
And one clear call for me!
And may there be no moaning of the bar,
When I put out to sea,

But such a tide as moving seems asleep,
Too full for sound and foam,
When that which drew from out the boundless deep
Turns again home.

Twilight and evening bell,
And after that the dark!
And may there be no sadness of farewell,
When I embark;

For tho' from out our bourne of Time and Place
The flood may bear me far,
I hope to see my Pilot face to face
When I have crost the bar.