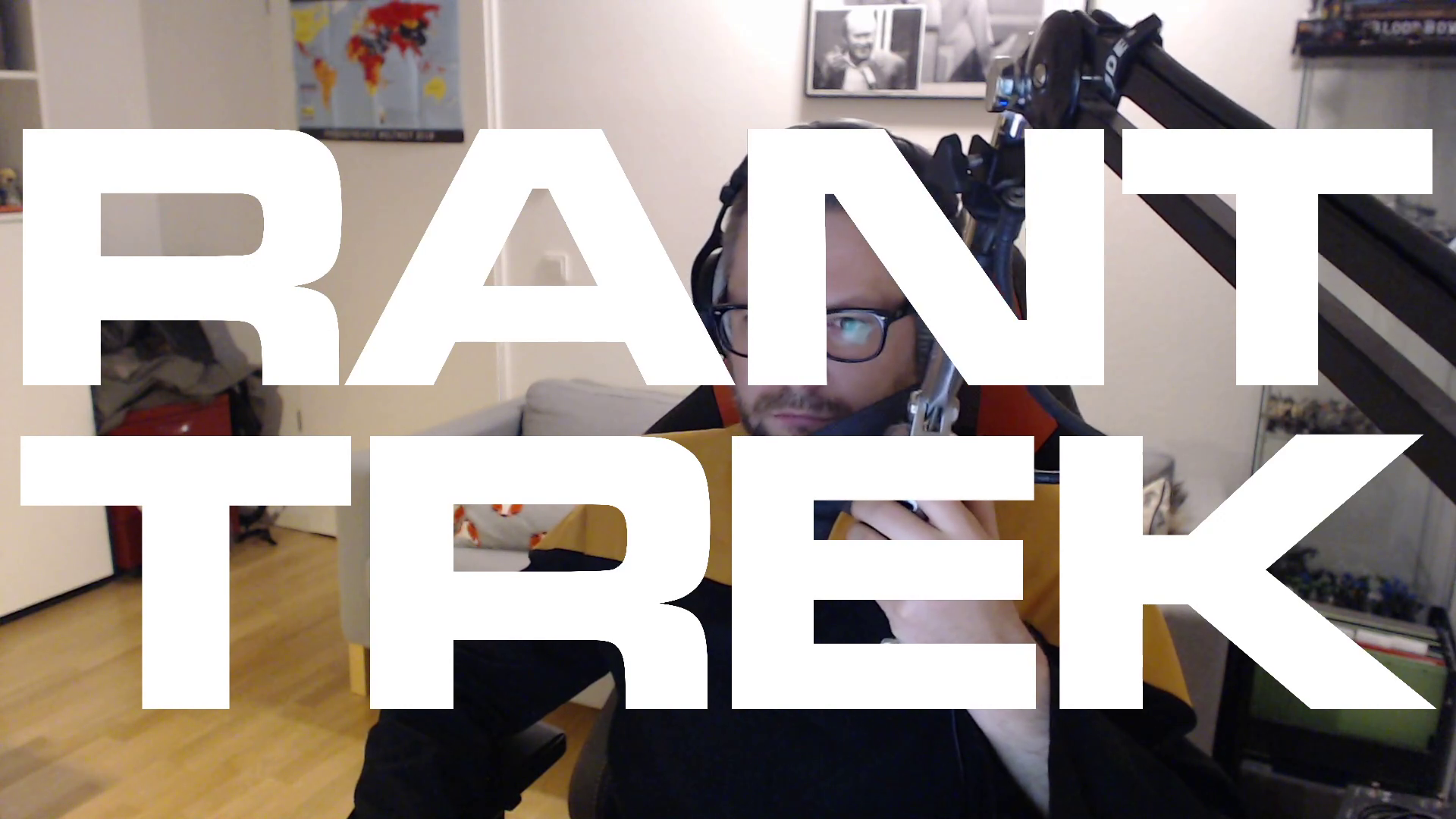 Wanna watch Star Trek and hear me rant about it? Well, you’re in luck!

As hinted about in the past, I’d been planning for a while to create a watch along series for Star Trek. If only to wear that excellent DS9-era Ops uniform my mum tailored for me. Well, I’ve gone ahead and decided to pull the trigger on this new series.

This is how it works: I’m watching all of Star Trek, starting with originally never aired pilot of The Original Series, known as “The Cage”. You can watch with me by pulling up my video series on YouTube in one window and the episode in another – I’m watching on Netflix here in Europe, but pretty much any version of the same cut of the episode will work. I’ll count you in to start the episode at the right moment and will provide you with visual clues now and then so you can check that you’re still in sync. As long as you don’t worry too much that it’s never 100% in sync all the time, it works pretty well. Just sit back, relax (preferably with an alcoholic beverage of some sort) and let me entertain you.

The plan is to first watch TOS and then go on to TNG and so forth …I might even do the movies at some point. But we’ll have to see if this gets enough traction to continue this in the long run. It’s just en experiment at this point. However, if you do like it, consider leaving a comment under the video or via the Fediverse thread for this post. There’s no fixed schedule for these episodes either, my plan is to pretty much record one whenever I am in the mood for some Star Trek and have enough time.

You can catch new episodes, and eventually access a list of older ones sorted by Trek series, at RantTrek.com.

Toss a Coin to Your Podcaster

If you like this project, consider becoming a member of my Patreon campaign to support it. I obviously expect nothing, but if you did anyway, it would be amazing and make my day!