We have now reached a stage of collective madness where a drug that could potentially save thousands of lives is actually seen as bad, because it doesn’t fit the accepted propaganda line. Or as Matt Taibbi puts it so eloquently:

Since the start of the Trump years, we’ve been introduced to a new kind of news story, which assumes adults can’t handle multiple ideas at once, and has reporters frantically wrapping facts deemed dangerous, unorthodox, or even just insufficiently obvious in layers of disclaimers. The fear of uncontrolled audience brain-drift is now so great that even offhand references must come swaddled in these journalistic Surgeon General’s warnings.

The Wall Street Journal once again very good at pulling people into a story, even if the story is largely just what anyone with a modicum of common sense would expect:

I mean, why are you surprised? The reason for this is obviously that many people are only working half as much when they are working from home. I can’t possibly be the only one who noticed productivity tanking across the board with all kinds of organisations last year – from Ikea’s invoice department to all kinds of support hotlines to governmental offices and even regarding teachers in schools (from what I hear from people who have kids.)

There are clearly people who work well (and a lot) when left largely to their own devices. I’ve been a freelancer working for myself for almost three years now, I ought to know. But these people are clearly in the minority. Most people just work less, the less supervision they have. And it should surprise nobody that some of these people have figured out how they can work just the same at home, just for two employers making bank twice. Especially in America. Come on, you don’t have to be a genius to figure this out!

Guess what? The Hunter Biden laptop stuff was real. And it was actively supressed with counter-propaganda in the media. I mean, it was obvious to me. I went on the record on episode 48 of The Private Citizen saying so. But now we have another good analysis that indicates this. Glenn Greenwald, who quit the publication he founded over this farce, has a good analysis of all the lies and propaganda by the CIA, the Democrat-allied press and the big tech companies on his Substack:

The Latest in Sleazy SEO Scams 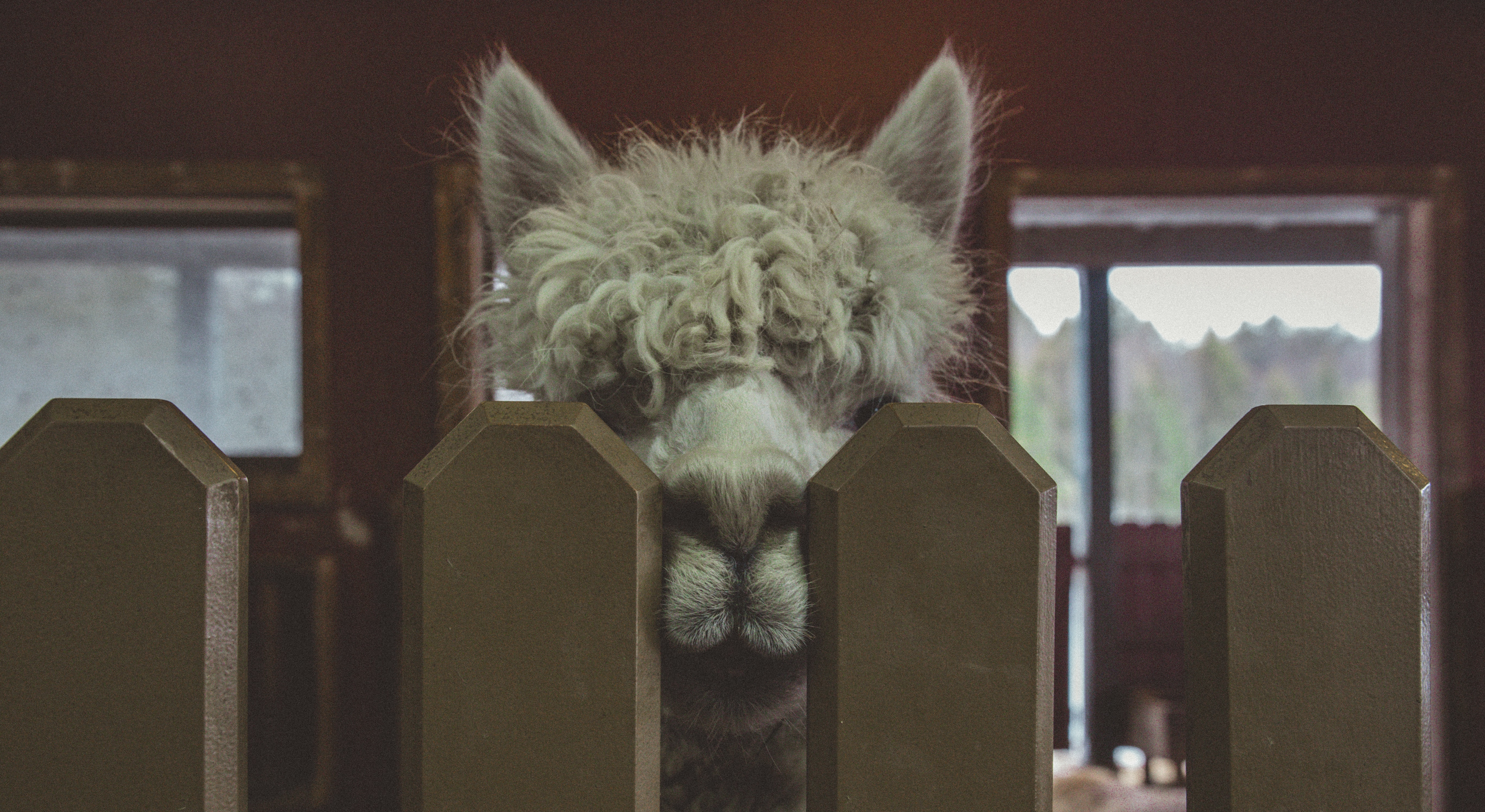 How to lie and cheat to get a good search engine ranking for your client, the PureImagin way.
Read more →

The Trouble with Fact Checks 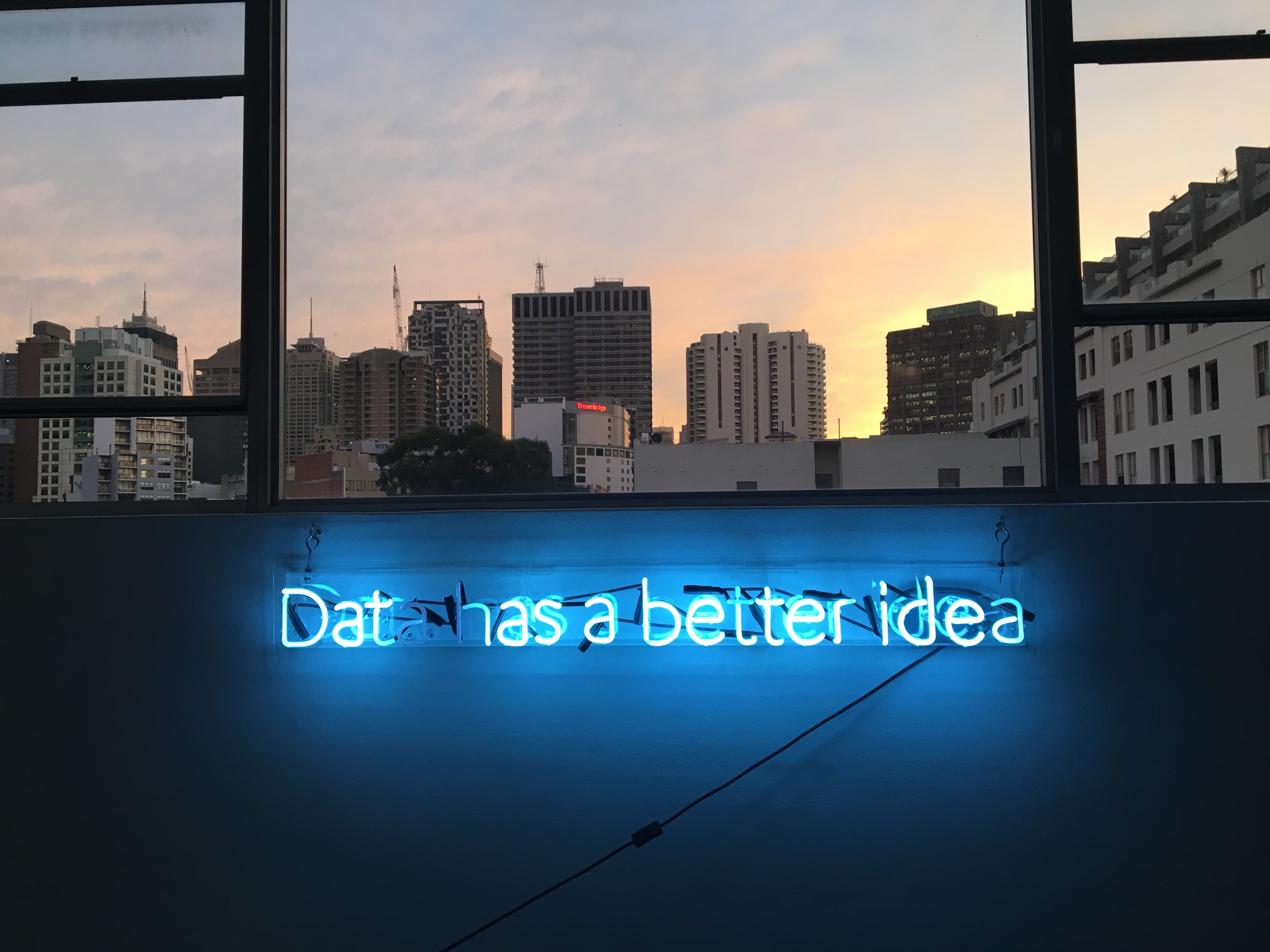 Maybe I’m old-fashioned, but I feel that if you publish fact checks, you should be able to interpret data correctly.
Read more →
Link on 21 October 2020, 01:48 CEST
Category: Journalism

I’m not historically a big fan of Glenn Greenwald, but I think he’s spot on when he says the media is manipulating the American people to an unprecedented degree right now. I have no idea if the intelligence community part is right, he certainly knows much more on that topic than I do, but it should be obvious to anyone who’s ever written and sourced a story that this constant “people familiar with the matter” stuff, especially when quoting sources within the intelligence apparatus, is utter bullshit. You’re either making shit up to make the story conclude what you want it to conclude or you’re being fed information that you can’t verify. And as a journalist that means you’re at best shit at your craft and at worst morally bankrupt.

It is a union of journalists who have decided that their only goal is to defend Joe Biden and election him president of the United States working with the FBI, CIA, NSA not to manipulate our adversaries or foreign governments, but to manipulate the American people for their own ends. It’s been going on for four straight years now and there’s no sign of it stopping anytime soon.

Oh yeah, and Schiff is indeed an utter douchebag.

Matt Taibbi is taking on cancel culture within the US media, a problem John C. Dvorak has been outlining for years. In his signature style, Taibbi is even more scathing, of course.

But police violence, and Trump’s daily assaults on the presidential competence standard, are only part of the disaster. On the other side of the political aisle, among self-described liberals, we’re watching an intellectual revolution. It feels liberating to say after years of tiptoeing around the fact, but the American left has lost its mind. It’s become a cowardly mob of upper-class social media addicts, Twitter Robespierres who move from discipline to discipline torching reputations and jobs with breathtaking casualness. The leaders of this new movement are replacing traditional liberal beliefs about tolerance, free inquiry, and even racial harmony with ideas so toxic and unattractive that they eschew debate, moving straight to shaming, threats, and intimidation. They are counting on the guilt-ridden, self-flagellating nature of traditional American progressives, who will not stand up for themselves, and will walk to the Razor voluntarily.

They’ve conned organization after organization into empowering panels to search out thoughtcrime, and it’s established now that anything can be an offense, from a UCLA professor placed under investigation for reading Martin Luther King’s “Letter from a Birmingham Jail” out loud to a data scientist fired from a research firm for – get this – retweeting an academic study suggesting nonviolent protests may be more politically effective than violent ones! Now, this madness is coming for journalism. Beginning on Friday, June 5th, a series of controversies rocked the media. By my count, at least eight news organizations dealt with internal uprisings (it was likely more). Most involved groups of reporters and staffers demanding the firing or reprimand of colleagues who’d made politically “problematic” editorial or social media decisions. The New York Times, the Intercept, Vox, the Philadelphia Inquirier, Variety, and others saw challenges to management.

Taibbi goes on to describe one of these social media lynch mobs. And I can tell you from personal experience that this stuff is real. And it happens inside of publishing companies. I’ve seen it happen first hand myself. That’s why I have been a publicly outspoken opponent of these self-described “progressive” cancel culture do-gooders and virtue signallers for years. This idiocy has to be stopped. It’s bad enough in any profession to call for your co-workers to be fired because they voiced opinions you don’t like. In journalism, it’s a death knell for any sort of quality reporting at all. When these people are given the powers to cancel people, the publication or broadcaster in question can essentially be considered a complete loss when it comes to quality journalism going forward. People can’t do objective research and write about what they believe to be the truth when they are afraid that bringing certain things to light will cost them their job.

Like many reporters, Fang has always viewed it as part of his job to ask questions in all directions. He’s written critically of political figures on the center-left, the left, and “obviously on the right,” and his reporting has inspired serious threats in the past. None of those past experiences were as terrifying as this blitz by would-be colleagues, which he described as “jarring,” “deeply isolating,” and “unique in my professional experience.” To save his career, Fang had to craft a public apology for “insensitivity to the lived experience of others.” According to one friend of his, it’s been communicated to Fang that his continued employment at The Intercept is contingent upon avoiding comments that may upset colleagues.

All these episodes sent a signal to everyone in a business already shedding jobs at an extraordinary rate that failure to toe certain editorial lines can and will result in the loss of your job. Perhaps additionally, you could face a public shaming campaign in which you will be denounced as a racist and rendered unemployable.

Each passing day sees more scenes that recall something closer to cult religion than politics. There is symbolism here that goes beyond frustration with police or even with racism: these are orgiastic, quasi-religious, and most of all, deeply weird scenes, and the press is too paralyzed to wonder at it. In a business where the first job requirement was once the willingness to ask tough questions, we’ve become afraid to ask obvious ones. The media in the last four years has devolved into a succession of moral manias. We are told the Most Important Thing Ever is happening for days or weeks at a time, until subjects are abruptly dropped and forgotten, but the tone of warlike emergency remains: from James Comey’s firing, to the deification of Robert Mueller, to the Brett Kavanaugh nomination, to the democracy-imperiling threat to intelligence “whistleblowers,” all those interminable months of Ukrainegate hearings (while Covid-19 advanced), to fury at the death wish of lockdown violators, to the sudden reversal on that same issue, etc.

Taibbi ends with three paragraphs that any self-respecting journalist should print out and stick to a wall in their office:

The traditional view of the press was never based on some contrived, mathematical notion of “balance,” i.e. five paragraphs of Republicans for every five paragraphs of Democrats. The ideal instead was that we showed you everything we could see, good and bad, ugly and not, trusting that a better-informed public would make better decisions. This vision of media stressed accuracy, truth, and trust in the reader’s judgment as the routes to positive social change.

For all our infamous failings, journalists once had some toughness to them. We were supposed to be willing to go to jail for sources we might not even like, and fly off to war zones or disaster areas without question when editors asked. It was also once considered a virtue to flout the disapproval of colleagues to fight for stories we believed in (Watergate, for instance).

Today no one with a salary will stand up for colleagues like Lee Fang. Our brave truth-tellers make great shows of shaking fists at our parody president, but not one of them will talk honestly about the fear running through their own newsrooms. People depend on us to tell them what we see, not what we think. What good are we if we’re afraid to do it?

I don’t need to print it out, though. I’ve asked tough questions and didn’t give a shit about people trying to stop me from telling you my opinions from day one of becoming a professional journalist. And I’m not about to stop. Which is just one reason why I’m not drawing a salary anymore.

Hey, Ars Technica… you should familiarise yourselves with Betteridge’s Law.

This story is a great demonstration of my maxim that any headline which ends in a question mark can be answered by the word “no.” The reason why journalists use that style of headline is that they know the story is probably bullshit, and don’t actually have the sources and facts to back it up, but still want to run it.