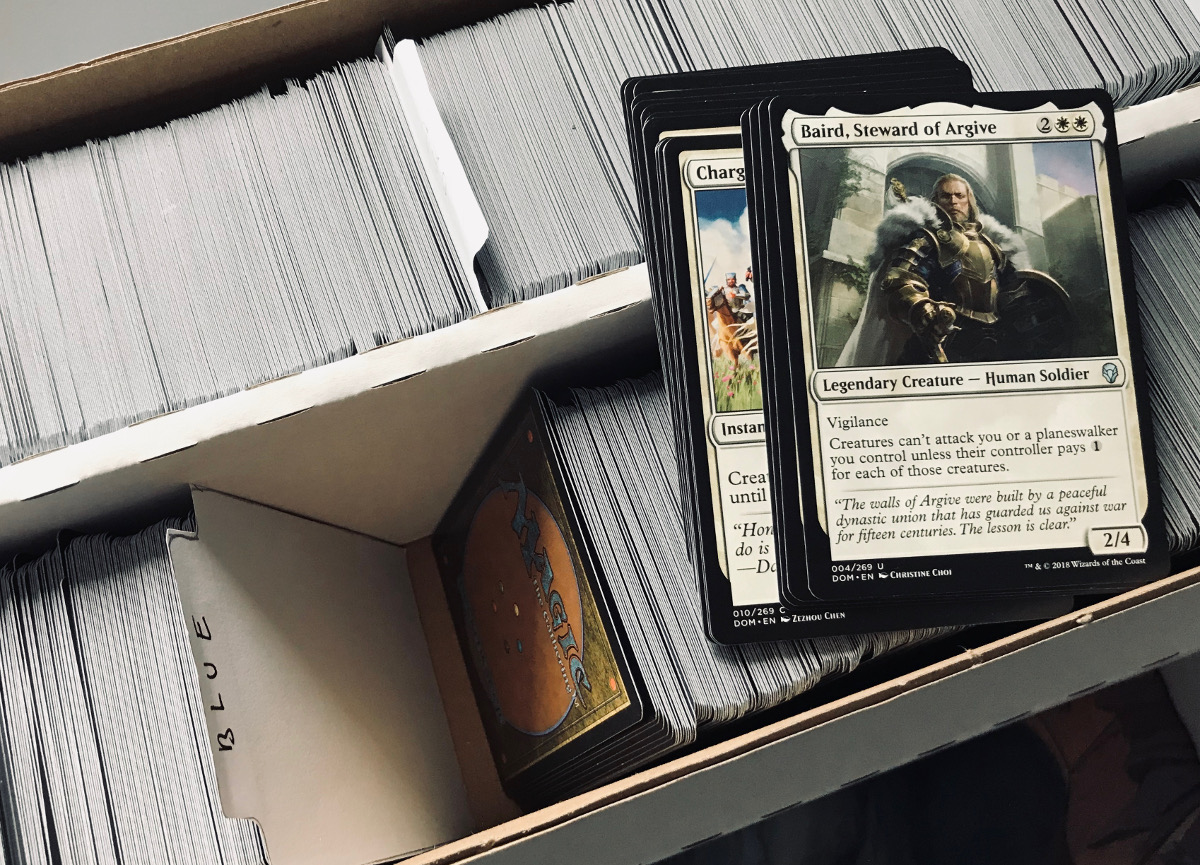 Recently, I looked into KeyForge, the new trading card game from legendary game designer Richard Garfield. Its key concept (unapologetic pun) intrigues me. Every deck is different and fixed out of the box. Since each deck has a unique card back, you cannot change them at all. The decks are procedurally generated to achieve this. While I currently don’t have any desire to get into playing KeyForge – several people I know who have played it are all convinced it isn’t actually that good – this idea of procedurally generated, unique decks is something that I just can’t get out of my head. Last night, I couldn’t sleep and was lying in bed, thinking about how one could combine this idea with Magic The Gathering to achieve something similar. I came up with the following idea:

What if we took the concept of the cube from MTG draft play and created a large pool of cards and then used an algorithm to assemble procedurally generated decks from them to play against each other? The cards would have to be picked in such a way that they facilitate a number of synergies the algorithm could latch on to. To keep it simple, I would probably start with mono-coloured decks and one strategy for each of them, for example something like:

The cards would have to be picked accordingly. Maybe from current Standard or a couple of other sets that are suitable. Basically, we’d have to build our own Magic set based on the above strategies and an algorithm that could take these cards and basic lands to build workable decks. They’d probably have to be manually eyeballed to see if they aren’t complete nonsense and you could feed that information back into the algorithm to make it better. Maybe we’d start with 40 card decks and a card environment tuned to limited play (lots of commons, maybe a few uncommons, only the occasional rare of mythic) to make it easier.

I don’t know if such a thing is even possible, but I’d like to try. I’m sure I couldn’t write that algorithm, but there must be someone out there who can. And I might be able to help with card data we could use as an input for the software, as I’ve been working on my personal web application to track my Magic card collection and the card library backend is pretty solid by now. What I am pretty sure of, though, is that the play format resulting from this would be a lot of fun. Maybe we can even give the decks crazy names, like KeyForge does.

What do you think? Could this crazy idea work? Would you like to help with coding or testing or just picking cards? Do you have ideas to make the concept better? Hit me up in the comment thread to this post on the Fediverse or on Twitter and let’s talk about it!