Final Results from FML Split A 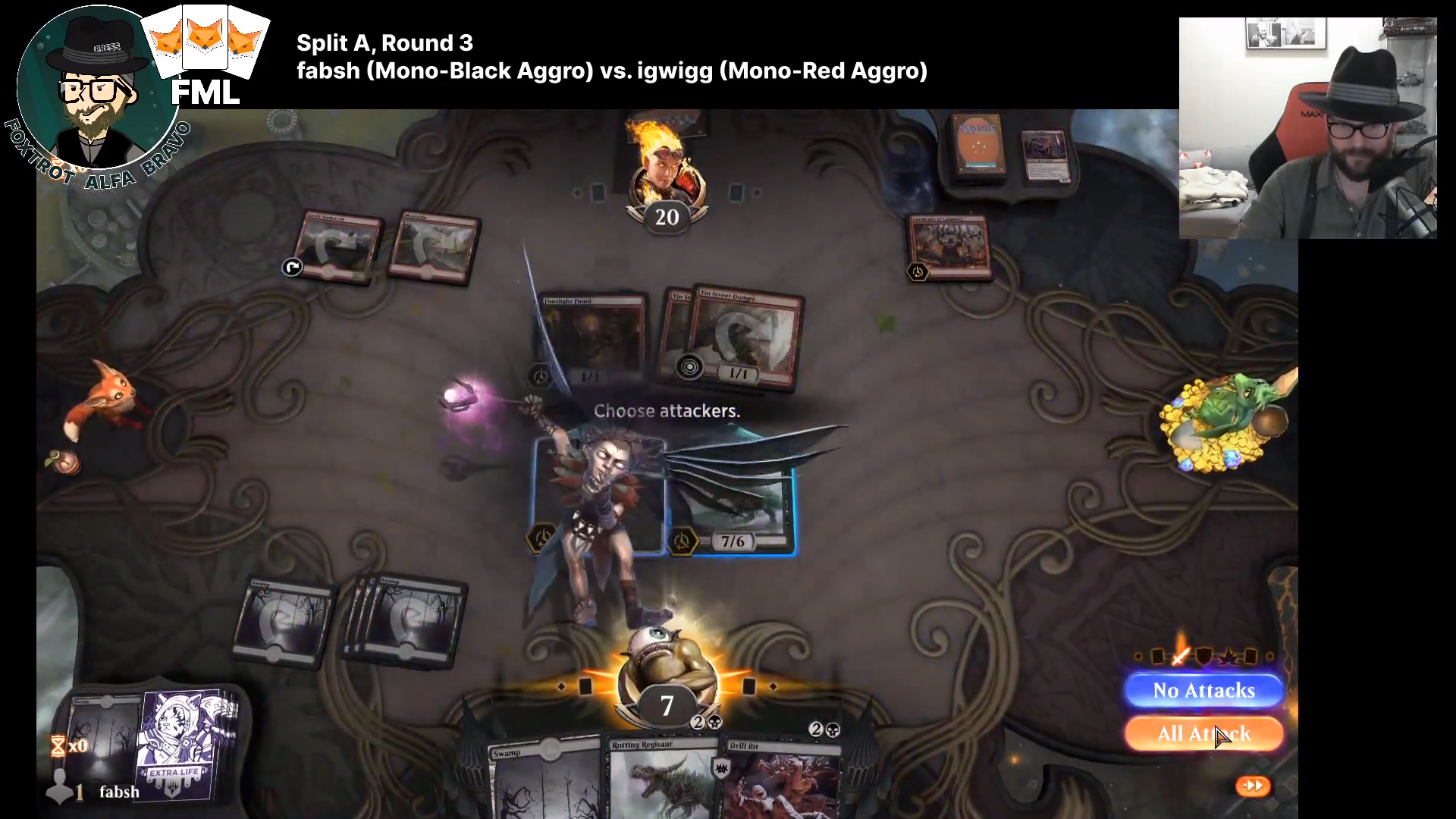 Jonathan takes the lead as the first round of matches in the fab.industries Magic League comes to a close.

After somewhat of a Christmas break, the fab.industries Magic League (FML) got going again last week with my match against igwigg. This was a mono-black aggro versus mono-red aggro matchup that turned out quite interesting, as I had expected beforehand. Because the games were quite quick, igwigg and I played some friendly matches afterwards. You can watch my stream of the whole thing on YouTube:

Yesterday, Jonathan (false) and Dave (MegaSlippers) had their match as well. And with that, Split A comes to an end. The final standings for the split are as follows:

There will be three more splits (B,C and D) before the regular season will come to a close. All points from these splits will get added up to form the ongoing league table for the season. At the end of Split D, the four best placed players will battle it out in a single elimination playoff bracket.

We will now have a two week break to get used to the Theros: Beyond Death meta game and maybe brew a few new decks for Split B. Deck registration for that split will close by midnight on 5 February. I will update you with another blog post once all decks are in and we’re getting ready for the next round of battles.