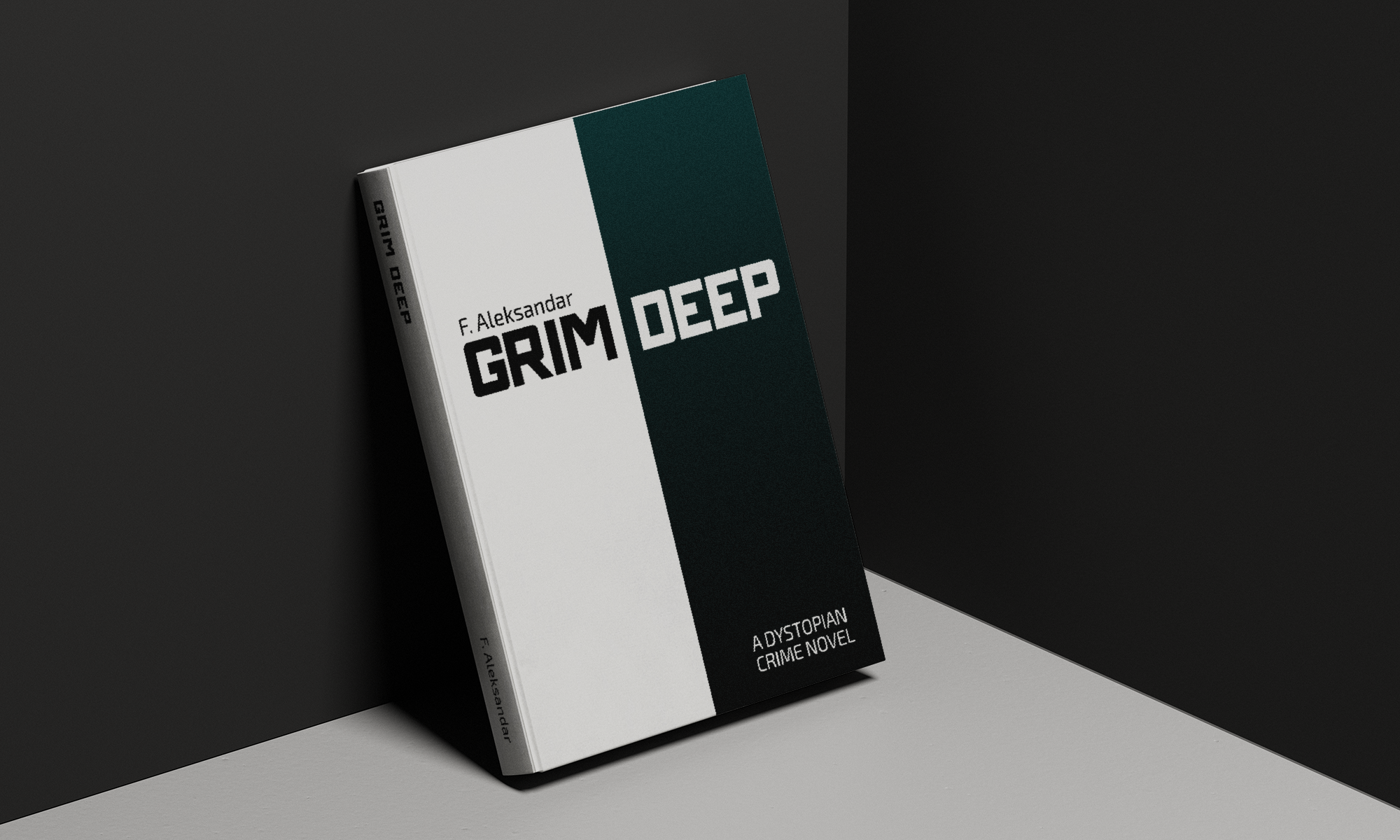 Very soon, you’ll be able to read the first chapter of my dystopian crime novel, free of charge on the web.

Those who’ve been reading this blog for a while might know that I’ve been working on a novel for years. I started building the world it is set in during 2017 and took part in NaNoWriMo 2018 and NaNoWriMo 2019 to work on it. It’s actually my second novel. I did write another one for NaNoWriMo back in 2011, when I was still at university in Bonn, but preceeded to bin it.

This time, I’m going at it for real. Grim Deep is a noir crime novel set in a dystopian underwater world. Think of it as a mix between old school hardboiled detective fiction and what The Expanse would have looked like if it kept focusing on Miller solving cases after the first book. The world is heavily inspired by the backstory of the old German video game Schleichfahrt, known as Archimedean Dynasty in the English-speaking world. With a bit of SeaQuest thrown in for good measure.

The book is written in English and I have over 21,000 words – of varying levels of edit quality – down so far. I’m pretty happy with the first two chapters and will be putting the first one online very soon. The idea is for you to be able to read it, for free of course, on the web while I am writing. This will mean everything in the story is subject to change, as I have very little fully mapped out yet. I like to write very much by the seat of my pants, Stephen King style. But you’ll be able to see the story as it develops and, along the way, heckle me to keep me writing. I really have to finish this novel. I’ve been putting it off way too much.

If you think that sounds cool, keep an eye on grimdeep.com, as I’m trying to put the first chapter up very soon. I’m doing the final editing pass as we speak.