Make the Mac a Mac Again 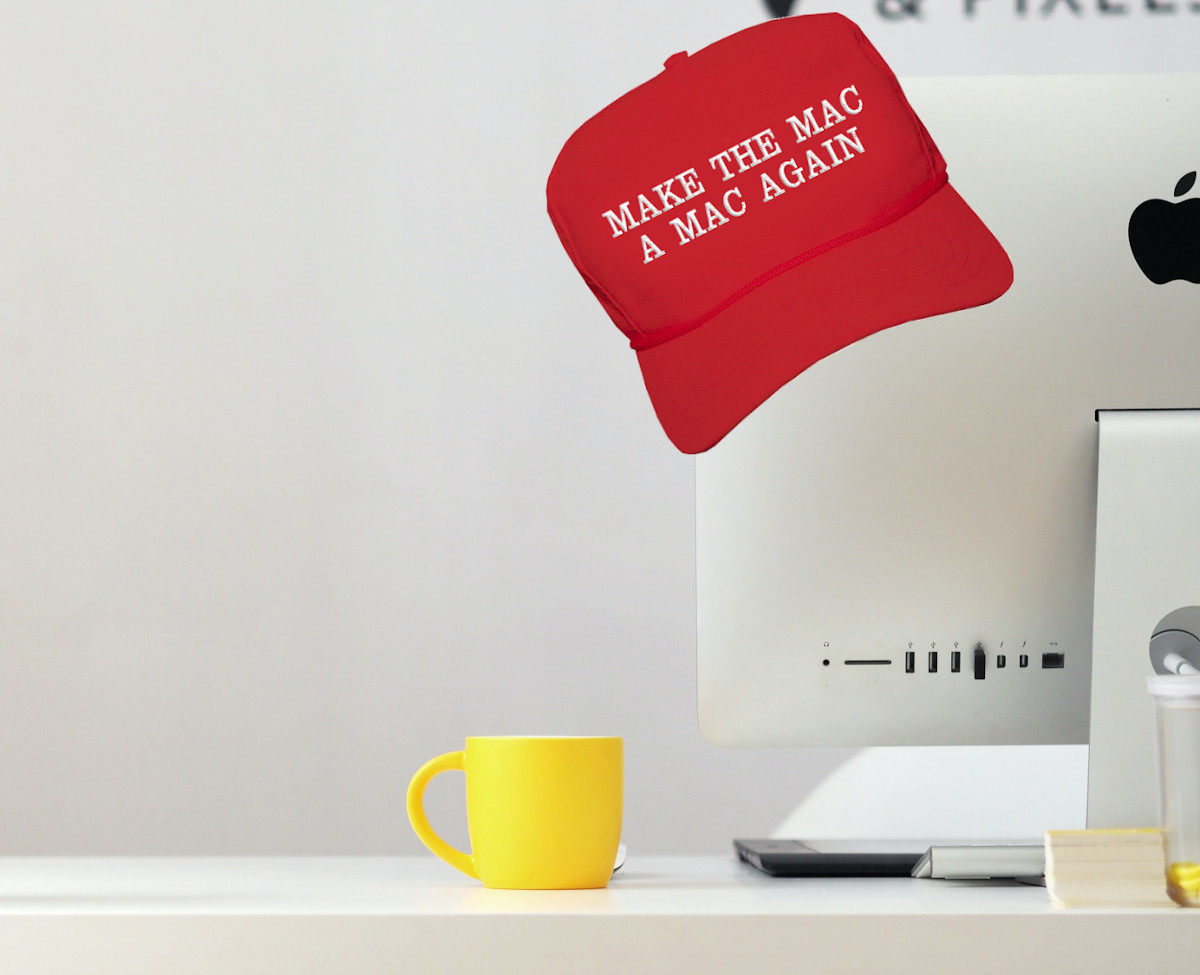 Why Apple is really switching from Intel to its own, ARM-licensed silicon.

Fourteen years ago, in 2006, the Mac essentially ceased to be a Mac. I remember this well, because for years afterwards, I had to beat it into Apple users’ heads – mostly when they wrote mail in response to my podcast at the time – that Macs were in fact PCs now.

When Apple transitioned from IBM-made PowerPC chips to Intel silicon, the Mac, for all intends and purposes, became a PC. Apple continued developing its own operating system, but its hardware was now PC-compatible (which is all the definition of “a PC” boils down to, after all). This was made obvious by its new ability of being able to simply install and boot Windows without any kind of compatibility or emulation layer. All a Mac needed to run Windows was drivers for its hardware. I believe Apple has resented this move pretty much from the start.

Apple’s whole raison d’être is to have its products appear special. For them to extrude a certain, undefinable magic. Looked at though a lens of sober objectivity, there’s little to differentiate Apple products from those of other electronics manufacturers. They are, generally, of good quality and designed with attention to detail, that’s true. But then, they have to be, because they are priced to appeal to the luxury segment of the audience. What sets them apart is good PR – and customer service that does just enough to not endanger the company’s brand established by this PR. The rest is mostly quality control and getting people to work for you who actually know what they are doing.

The problem with the switch to Intel for Apple was that they can’t afford to have their computers seen as just another PC – albeit one with really nice hardware. That makes them ordinary. So it makes complete sense for Apple to switch away from Intel now. Bringing back the Mac. It probably took them as long as it did because they needed to get their ducks in a row to unify iOS and macOS. That is clearly the next step. It’s been obvious since they changed the spelling of “Mac OS” to “macOS” to unify it with the spelling of “iOS”. It also makes nothing but sense as a cost-saving measure and conforms with Apple’s continued quest to simplify its desktop operating system and accompanying applications. The end goal is probably the fabled mobile/desktop convergence where your portable device transfers into a full-featured desktop by simply attaching peripherals. You need a unified operating system running on unified silicon for this.

So, naturally, Apple designed their own, ARM-licensed, chip. Apparently made by TSMC (also used by AMD), the biggest chip manufacturer for companies without their own chip fabs. Even though the new chip is clearly THE BEST CHIP AND SO MUCH FASTER THAN ANY COMPARABLE PC, that’s not what this is about. This is about gaining distance to the PC. In what direction doesn’t matter, as long as they’re gaining distance. Which will make them special again.

But what’s special in this market isn’t another ARM chip. Smartphones are taking over the planet. They are the most used computing device and they are all based on ARM designs. What’s special is the PC. Because it’s ordinary. And because it’s not controlled by a single manufacturer. The PC is technology of significant cultural value precisely because it’s not special. Its hardware and operating system are replaceable. What makes a PC a PC is its compatibility, ie. the interchangeability of its parts. This is special in a historical sense. It’s something that very rarely happens in technology and it is worth preserving because of that. I can build my own PC – and in fact, I have. I’ve built the very PC I’m writing this on. Can you build your own smartphone? Your own tablet? Nope. And you can’t build your own Mac. Apple prefers it that way, because it can charge a lot more money for its products because of this. You can’t even upgrade the RAM in the new machines as it’s closely integrated. This new design isn’t better for you, the environment or for society. But Apple doesn’t care about that.

Apple embarked on this campaign to Make the Mac a Mac Again because of what Apple needs, not because of what’s better for the consumer. But while the tech press is endlessly regurgitating tech specs, benchmarks and Apple’s PR, very few people are talking about this. As usual, even the critical articles about this transition are more positive than positive articles about other manufacturers.

Maybe I’m getting too old. But I want a computing machine that runs serious applications with serious power. The very “truck” Steve Jobs maligned so much. I don’t want iPhone applications on my desktop computer. I want to work hard and play hard. But I guess Apple’s in tune with the Zoomers, their next potential customer group. They seem to actually think this is a good idea, judging by the social media response to Apple’s announcement. Besides, I’ve never owned a Mac. And I never will, now that Macs aren’t PCs anymore.

Header image: Apple is all PR, which according to Edward Bernays is the same thing as propaganda, just applied in a different field (Image based on graphics by The Washington Post and a photo by Georgie Cobbs)