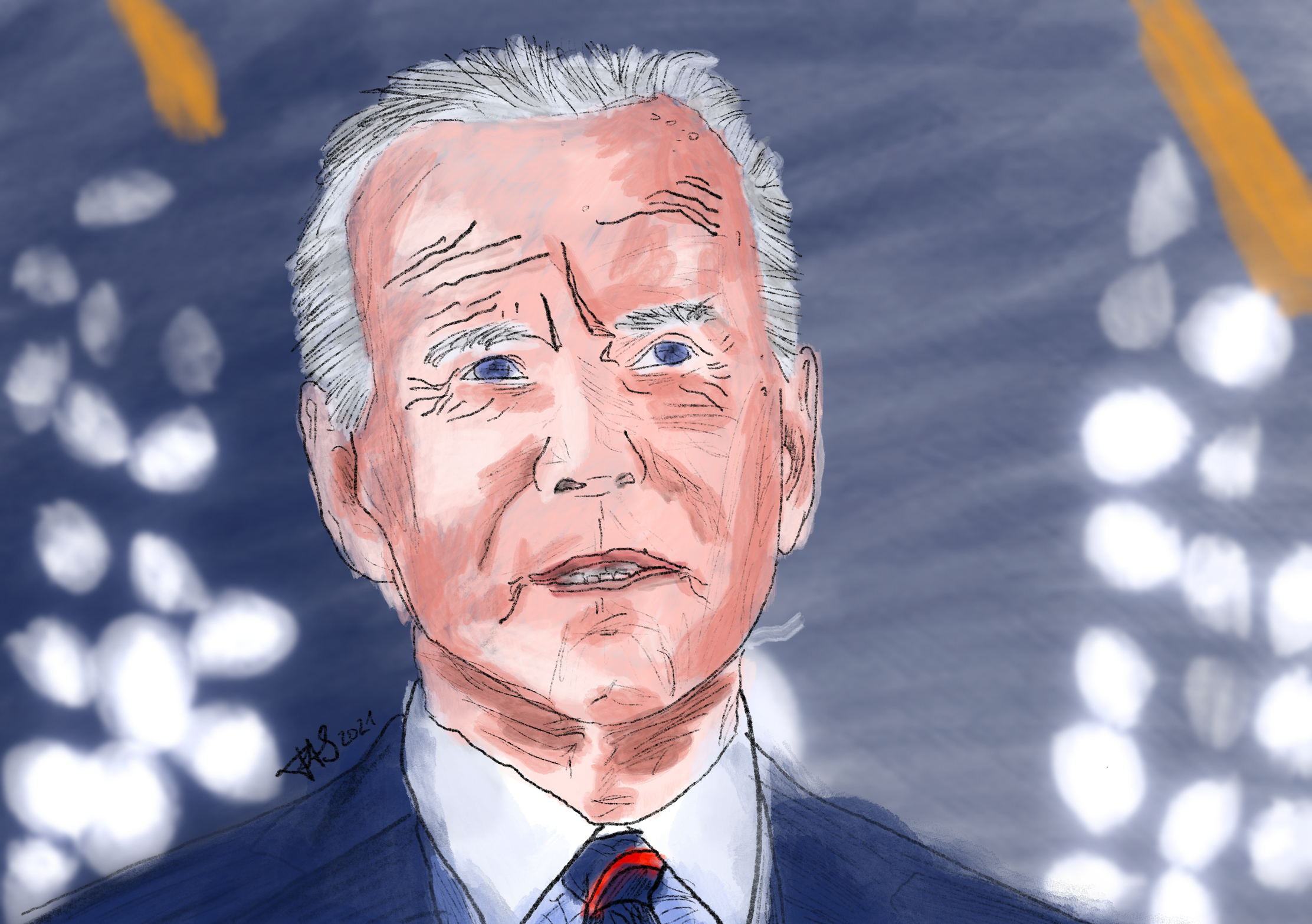 And then, they went after Parler. And suddenly, the whole internet is at stake.

Emboldened by the retreat of Trump, the powers that be on the Democrat side of the political spectrum in the US are testing the waters for what will become an all-out assault on dissenting opinion once Joe Biden becomes President next Wednesday. If the unprecedented censoring of the sitting US President was the first shot in the war and Sci-Hub was the first civilian casualty, then what happened with Parler was the dropping of the first nuke.

As Glenn Greenwald puts it on his Substack:

On Thursday, Parler was the most popular app in the United States. By Monday, three of the four Silicon Valley monopolies united to destroy it.

That is because the dominant strain of American liberalism is not economic socialism but political authoritarianism. Liberals now want to use the force of corporate power to silence those with different ideologies. They are eager for tech monopolies not just to ban accounts they dislike but to remove entire platforms from the internet. They want to imprison people they believe helped their party lose elections, such as Julian Assange, even if it means creating precedents to criminalize journalism.

World leaders have vocally condemned the power Silicon Valley has amassed to police political discourse, and were particularly indignant over the banning of the U.S. President. German Chancellor Angela Merkel, various French ministers, and especially Mexican President Andrés Manuel López Obrador all denounced the banning of Trump and other acts of censorship by tech monopolies on the ground that they were anointing themselves “a world media power.”

Greenwald, who broke the Snowden story and probably knows more about how the US security state apparatus operates than any other living journalist, concludes his newsletter with this extremely astute observation:

No authoritarians believe they are authoritarians. No matter how repressive are the measures they support – censorship, monopoly power, no-fly lists for American citizens without due process – they tell themselves that those they are silencing and attacking are so evil, are terrorists, that anything done against them is noble and benevolent, not despotic and repressive. That is how American liberals currently think, as they fortify the control of Silicon Valley monopolies over our political lives, exemplified by the overnight destruction of a new and popular competitor.

So, what exactly happened with Parler? And why is it so chilling? Including to people, like me, who have never used that platform. Because it is one thing if Apple and Google pull an app from their app stores. Yes, it makes the app unavailable on that device – especially on iOS, where users are not allowed to install software of their choosing off the internet – but those were the ground rules from the beginning. App stores are, by design, walled gardens. That’s why they are so profitable. They are like the AOL of old: Basically billed as The Internet Light. Safe and secure and completely controlled by one company.

But what is new here is that these people are going directly after the internet. A decentralised network that was, at its very core, designed to resist censorship and control by a single entity. That this is at all possible, is a bit of a rude awakening. The attack on Parler was, by a large extend, made possible by Amazon. The moment Amazon decreed that Parler was persona non grata on their networks, they lost the ability to exist on the net. That is because not only is AWS probably the best solution to host a site like this, but additionally, a ban from AWS also means being banned by the majority of hosting providers. That’s because almost all of these independent companies use Amazon services for one thing or another.

This is the point were we discover that Amazon has spread, like a huge cancer, through the infrastructure of the internet to a point that being banned by Amazon virtually means being banned off the internet. Sure, there are other hosting providers and Parler has probably found a new home by the time you read this, but if you are thinking all of this is fine, you are missing the big picture.

The obvious next step is to go after name registrars and DNS providers. And believe me, under Biden, the self righteous progressives who think all of this is actually doing the planet some good will start doing that. And once you take a site’s name away, where does that leave us? If parler.com gets blacklisted, what are you going to do? Write down and type in the IP address directly? Good luck!

But it’s okay as long as it’s only happening to the bad people, right? Well, remember Sci-Hub. They will be going after their domain. And then they will start going after pirate sites for music and movies. And after that, they’ll start going after people sharing news articles and images that are behind paywalls. And finally they’ll start attacking people who write things they don’t like. Your blog? I read there that you apparently denied Trump was a fascist foaming at the mouth and destroying the whole planet singlehandedly! Well, there goes your hosting and we’re taking your domain names for good measure. It’s obvious that this is what these people want to do.

Even organisations that once prided themselves to stand up for a free internet and something they called “net neutrality” are on the bandwagon now. Here’s Mozilla, the makers of the open source Firefox browser calling for more censorship on the internet:

Donald Trump is certainly not the first politician to exploit the architecture of the internet in this way, and he won’t be the last. We need solutions that don’t start after untold damage has been done. Changing these dangerous dynamics requires more than just the temporary silencing or permanent removal of bad actors from social media platforms.

Additional precise and specific actions must also be taken.

One of the points they list is “tools to amplify factual voices over disinformation.”

And who do you think is going to decide what is fact and what is disinformation? These Silicon Valley douchebags, of course! The same people that brought you the idea that anything the WHO says on a disease is fact and no other opinion can be allowed, when the very experts the WHO was basing their “facts” on where disputing them at the time. Newsflash: Establishing facts takes a lot of time and many of the things people think of as facts are in fact a viewpoint on very fuzzy data that can interpreted in many ways. If any of these morons had actually done anything science-related in university, they’d know that. And no, computer science doesn’t count. Who’s gonna do all of this work? People at Mozilla? Some underpaid Facebook intern in a rundown office building in an abandoned industrial estate in Slough?

Mozilla once thought there should be net neutrality between ISPs. Granted, that was a very unrealistic idea to anyone who actually knows how peering between ISPs actually works, but it was at least noble. They had noble ideas when it came to how you get the fastest Netflix connection, but when it comes to the expression of free speech on the internet they call for one-sided censorship of ideas they don’t like? Yeah. It’s kinda mind-blowing in its sheer hypocrisy, isn’t it?

This is what awaits us under President Biden, and more importantly the security state cronies he’s bringing in from the Obama administration. These are the same people that go to John Brennan – a man who used to run the CIA, i.e. a certified professional liar who made a living from keeping the dirty secrets of the state hidden – to explain to them what free speech and democracy is about on primetime cable news. These are the people who want to see heroes of the free press like Assange and Snowden hang. These are the people who think it’s justified to torture and kill innocent people in the name of an abstract “War on Terror” – which is one of the best contradiction in terms I’ve ever heard. These are the people who talk about freedom and democracy and then, the very same day, push a button to kill some faceless dude on the other side of the planet with a drone. And they feel good about it.

I wasn’t against the election of Hillary Clinton because of her email server. Screw the email server. I didn’t want her to be President because she gleefully laughed about killing a man instead of bringing him to justice. Brazenly. In front of TV cameras! These people, and I’m using the term very broadly here, don’t care about the rule of law. They just want to rule. And to force their opinion on everyone else, because they think it is the right one. This is what Biden has allied himself with and everyone is looking away because TRUMP BAD!

If it was only about the US, I wouldn’t care so much. But US politics has always determined the fate of the internet. That’s where much of the infrastructure is maintained from and that is where the thought leaders are. And of course, these opinions radiate outwards from the US and influence local people through journalists who, first thing in the morning, read up on what the US press has opined on over night.

If we are not careful, very soon we will not be able to even point this out anymore. People like Greenwald will be branded dangerous, right-wing conspiracy theorists. And everyone will be A-OK with them being deplatformed completely. We have to fight this. The internet must remain free. It cannot be in the hands of the richest person on earth to decide who can publish which opinion. This used to be how it pretty much was a hundred years ago. And it led to, among other catastrophes, two world wars and millions of lives lost. Let us not go back to that.